"This y'all last time disrespecting me, stop talking sh*t": LeBron James Fires Back at Desmond Bane for Trash Talking 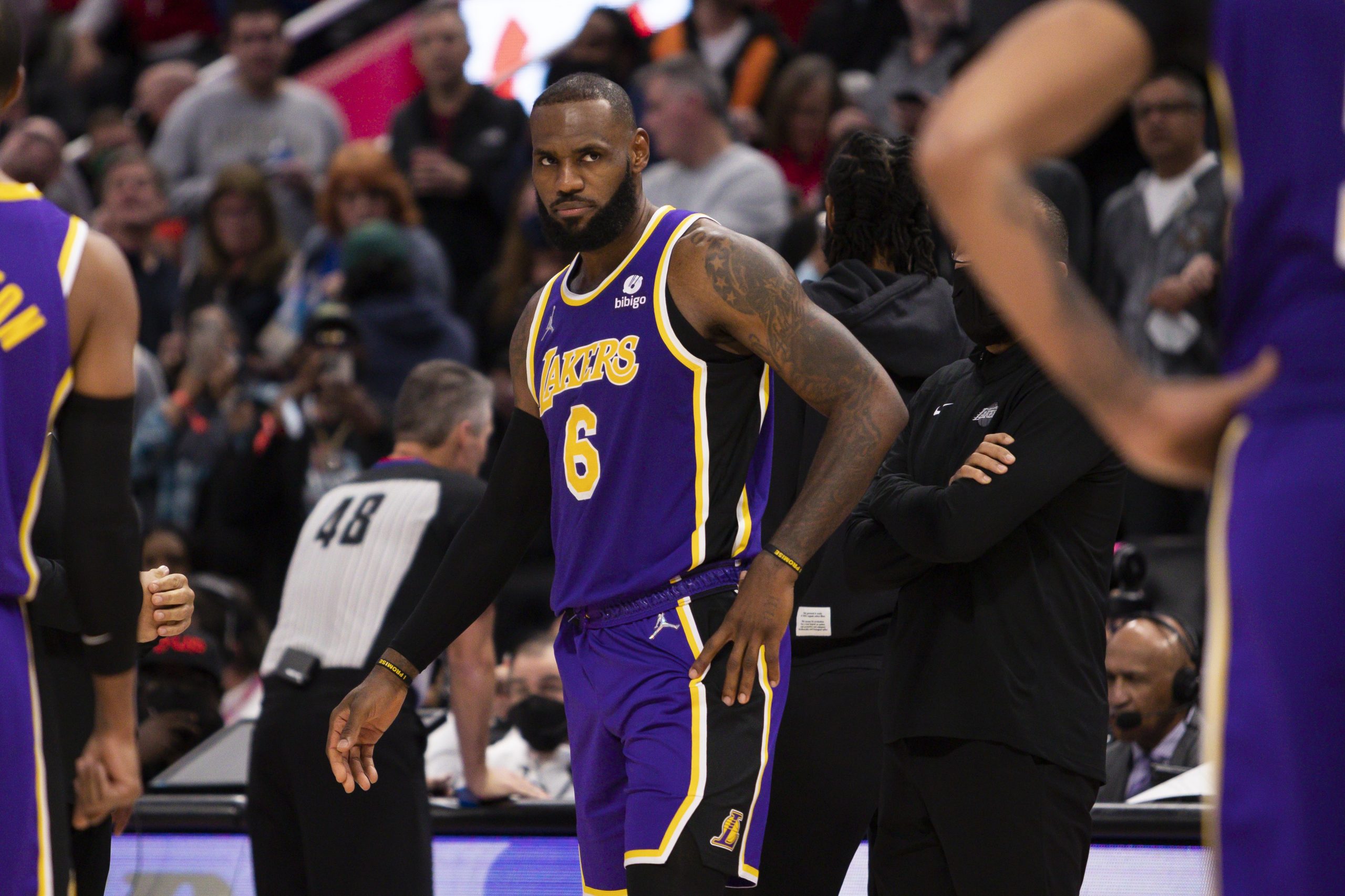 The Los Angeles Lakers lost to the 4th seed Memphis Grizzlies 127-119. LeBron James had an MVP-level performance of 35 points, 9 rebounds, and 7 assists. He shot an efficient 72% from the field, 75% from behind the arc, and 100% from the charity stripe. However, even after a performance like that Lakers lost.

The main reason for that was his supporting cast didn’t show up. The other starters had combined for 22 points on a miserable 8 of 39 shooting. At one point in the 2nd half Lakers were down 25-0 in fast break points. All these incidents led to a scene we have rarely seen. The young Grizzlies talking trash to the King.

Desmond Bane, Jaren Jackson Jr., and other Grizzlies were talking trash to LeBron James. The King had enough of it and reverted back saying “This y’all last f**king time y’all disrespecting me. You start making a couple of shots and start talking sh*t”. Well, LeBron being LeBron got his revenge after a few minutes as he dunks all over JJJ.

One of the greatest trash talk moments of LeBron’s career was on Gilbert Arena. It was Game 6 in the first round of the Eastern Conference playoffs. Gilbert Arena had who was hot all night had the opportunity to ice the game with 2 free throws.

He went up to the line and suddenly LeBron walks up to him, taps on his shoulder twice, and said: “You know if you miss these, that’s game”. Later Arena explained himself by saying he “the moment he said those words I became a human and thought that if I miss these free throws they are going to win”. Afterward, Gilbert had to take training from the Black Ops to compose himself in these situations.

The King also talked a lot of trash to his rival Stephen Curry. They both have now played 4 times against each other in the finals. Thus a lot of trash talk was exchanged during those finals. One time during the greatest come back in the finals, LeBron chased down Curry and said something which is still unknown but you can clearly see in the video, the intensity and ferociousness Bron came down on Curry.

The 4 times champion also knows how to bring up the morale of his teammates. In 2018 he blocked Curry’s shot in a blowout and talked trash to him while explaining that his team needs to know he’s the mentor. This is the way he leads the team.