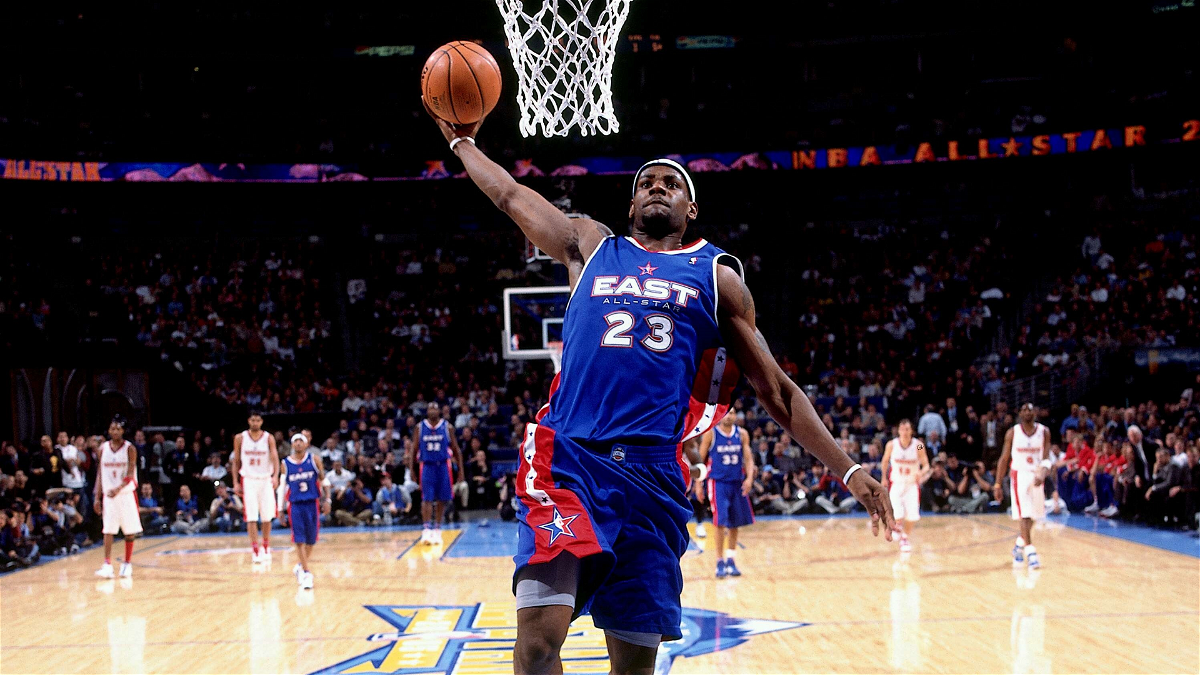 LeBron James, one of the most celebrated athletes of the 21st century, is an American professional basketball player. He’s a 4 time NBA champion and 4-time finals MVP. He bagged 4 regular season MVP and a 17-time all-star. LeBron ranks third on the all-time scoring list, 8th on the all-time assists list, and grabbed 9751 boards in his NBA career.

He led the Los Angeles Lakers to their championship in the bubble. He is one of the most followed athletes on Instagram ranking 5th behind Cristiano Ronaldo, Lionel Messi, Neymar Jr, and Virat Kohli, with more than 87 million followers.

.@KingJames was just a fan getting his sneakers signed for his first All-Star Game in 2005 ⭐️ pic.twitter.com/eLzXzP65Zi

Also Read: LeBron James Could Be the New Icon According to a Fresh Fortnite Leak

LeBron James was drafted right out of High school. He was the face of the legendary 2003 draft class along with Dwayne Wade, Carmelo Anthony, and Chris Bosh. He was already a star while playing for his high school St. Vincent-St. Mary, and graced the cover of the Slam magazine even before entering the NBA.

Allen Iverson, Vince Carter, Dwayne Wade, and Shaquille O’Neal were some of the most famous names on his sneaker. NBA legends like Paul Pierce and Ben Wallace were present in that locker room too. Vince Carter and Allen Iverson were just past their prime in the NBA at that time, but still playing at the top of their game. Shaq was still the most dominant centre in the league and Wade was making himself quite a reputation as an elite shooting guard for the Heat.

He was the first pick in the draft. James was selected by his home team, the Cleveland Cavaliers. He instantly became the face of the franchise and later changed the team’s entire history. Still, in 2005, a 21-year-old Bron wasn’t crowned king of the league yet, he was a fan too.

LeBron got his first All-Star selection in 2005, he suited up for the east and got 13 points, 6 assists, and 8 rebounds. LeBron made all his co-stars sign his sneakers just like a young fan does. Fast forward to 2021, LeBron James is one of the most famous names in NBA history.

We saw a small beginning of a young star rising up to be compared to Michael Jordan or the late great Kobe Bryant. With fame, comes hate; he’s one of the most hated athletes online moreover he was portrayed as a villain in the NBA for ‘The Decision’.

‘The Decision’ that changed everything

LeBron James got his large hater following in the 2011 free agency. Everyone thought he would re-sign with the Cavs, but his decision shocked the world. He decided to sign with the Miami Heat, to form one of the most famous ‘Big 3s’ in the league alongside Dwayne Wade and Chris Bosh. Miami Bron was a different beast. He was in his prime with Miami and won 2 championships in south beach.

Even now LeBron James is the face of the League, he is vocal in social injustice issues and was a prominent figure in the BLM protests. LeBron James does so much for the community, even his haters respect him for that.

He is still one of the best players in the NBA, showing no signs of stopping. LeBron Raymone James Sr is arguably the best player to ever play the game of basketball. As we all get ready for the next season, we can wait and see what he has in store for us.