However, how do these teams with such different histories compare with one another?

The Toronto Raptors and the Philadelphia 76ers have met each other 3 times in the NBA playoffs. In the 2001 playoffs, 2019 playoffs, and 2022 playoffs. The lack of playoff matchups has been due to multiple reasons.

In those 2 series, the Raptors and 76ers have both picked up wins. The 76ers beat the Toronto Raptors in the 2001 NBA Eastern Conference semi-finals. The series ended in a dramatic 1-point win in Game 7. There could not have been a closer result than that.

At least that’s what we thought. About 18 years later, these teams met again in the playoffs for the 2nd time in franchise history. The situations were similar with both teams in Game 7 of the eastern conference semifinals. However, this time Kawhi Leonard made the series ending shot to give the Raptors the win.

They had a tied number of games in the NBA playoffs with 7 each. However, in the 2022 NBA playoffs, these teams have met each other again and Philadelphia won in game 1 giving them the narrow lead in the all-time head to head.

In the 2001 NBA playoffs, the 1st seed Philadelphia 76ers had one of the most exciting series against the Toronto Raptors. The series went to 7 games which Philly won by just 1 point. The matchup to watch in that series was Vince Carter against Allen Iverson. 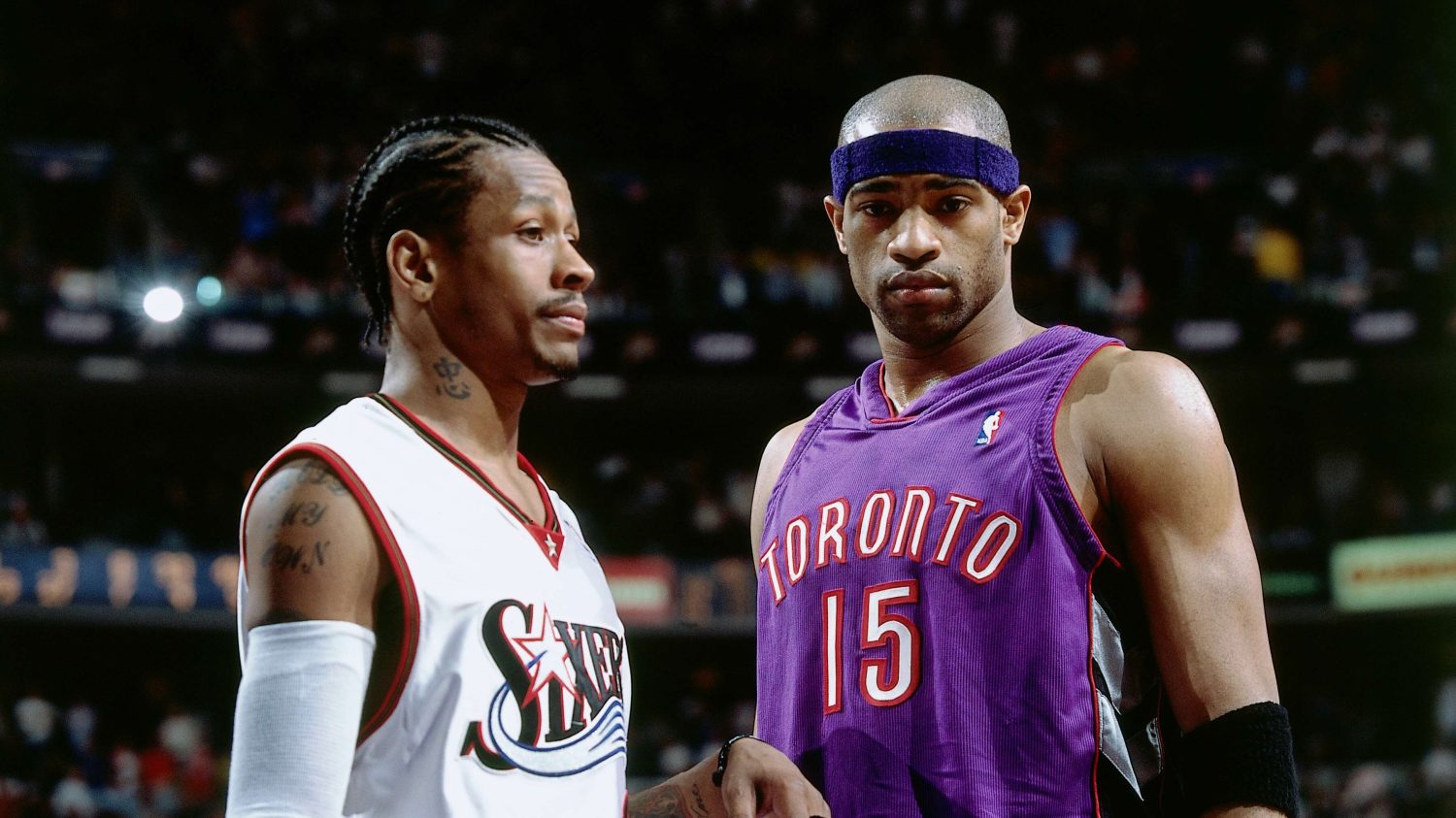 In this series, Vince Carter averaged 30 points, 6 rebounds, 6 assists, 2 blocks, and 2 steals. But he was outshined by MVP Allen Iverson who averaged 34 points, 7 assists, 3 steals, and took home the series. Allen Iverson had 2 games against the Raptors where he scored over 50 points in that series in a dominating fashion.

In 2019, these teams played each other again in the eastern conference semi-finals. It looked like history would be repeating itself with another series going to 7 games. But this time the Toronto Raptors were the higher seed and had a storybook season.

Jimmy Butler averaged a team-high 22 points per game while being backed up by Joel Embiid and Ben Simmons, who should’ve done a lot more. Kawhi Leonard took no mercy on them. He averaged 35 points and 10 rebounds whilst breaking the hearts of Philly fans and scoring the greatest shot we’ve seen in the playoffs.

Toronto beat the 76ers and went on to win their first-ever NBA title.

The 76ers are the 4th seed and the Raptors are the 5th seed making them play against each other in the first round of the NBA playoffs. This season, the Raptors have beaten the 76ers in 3 out of the 4 games played in the regular season. The Raptors have a better defensive efficiency rating than the 76ers this season but the Sixers are better offensively.

Joel Embiid is one of the leaders in the MVP race and added a former MVP in James Harden to the roster. Whereas the Raptors are showing a combined effort in their success. The overwhelming favorites of this series are the 76ers but if they slack even a little bit, there would be no surprise in the Raptors pulling off the upset.