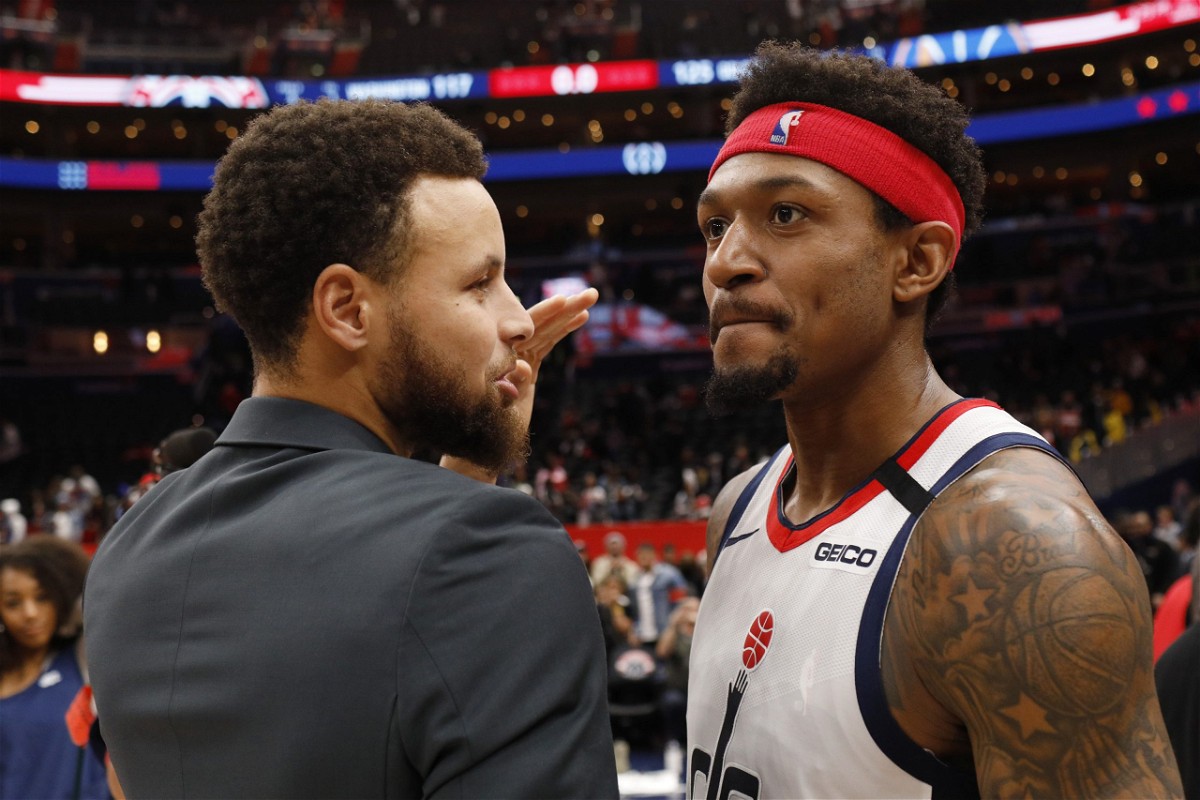 The Washington Wizards backcourt just came together at the start of the 2020-21 NBA Season. However, just one season on and both the stars are in trade rumors. Russell Westbrook is heavily tied with the Los Angeles Lakers. According to reports, the framework for a Westbrook trade is already in place. Bradley Beal, the better of the 2 guards, is also heavily rumored to be on the number 1 spot of teams target list.

The Washington Wizards had a particularly disappointing season. After upgrading their injury-prone point guard for Russell Westbrook, the hopes for the Wizards were at least a top-6 seed. They did come close and were the 8th seed. They lost their first play in game but won the second to enter the NBA playoffs as the 8th seed.

The Wizards played the Philadelphia 76ers in the first round and got unlucky with injuries and lost in 5 games. Bradley Beal played really well and averaged 30 points on good efficiency from inside the 3. From behind the Arc though, Beal shot just 21% from the 3.

It could be blamed on the fact that he had to carry most of the offensive load. But if he played on the Golden State Warriors that is completely healthy, that would never be the case.

Yes the Golden State Warriors are tired of not being a dynasty anymore. And acquiring Bradley Beal might just be the key to get them back there. The trade can be built around the 2 lottery picks they have this year, James Wisemen, Andrew Wiggins and Kelly Oubre Jr. If the Wizards trade away Beal they would want to rebuild and with all the picks and Wisemen, it will really fast forward the process for them.

What would Bradley Beal ‘s Role be on the Golden State Warriors?

Bradley Beal is an elite scorer. In his last 2 regular seasons, he’s had back-to-back years averaging more than 30 points per game. He also really tries on the defensive end and you can see it with his career averages of 1.5 steals per game in the playoffs. Bradley Beal also shoots about 38% from the 3 in the duration of his whole career. That really fits well with the Warriors brand of Basketball.

If Bradley Beal were to leave the Wizards, he will be at the top of the Warriors' wish list, per @ThompsonScribe pic.twitter.com/MSqTwYcJWV

In these NBA Finals, we saw Giannis and the Milwaukee Bucks dominate the Phoenix Suns without the ability of shooting well from behind the arc. The Warriors dynasty had changed how the game was played but it looks like the effects are getting reverted back to old school bully ball.

If that is the case then the Warriors would be in trouble with this acquisition as they would have no one to guard players like Giannis and Jokic. But if the Warriors stick true to their game plan, then this might really work out.

Getting Bradley Beal would move Klay Thompson to the Small Forward position. Their lineup would look something like Stephen Curry at the Point, Beal at the 2, Thompson and Green as the forwards and Looney or a cheap center trying to ring chase.

That lineup is really formidable and will Make the GSW a true contender again. Will we see the trade come into fruition? We can’t wait to find out.