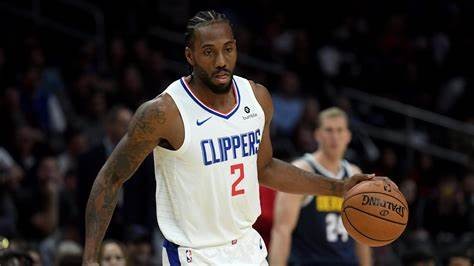 Kawhi Leonard is a small forward in the NBA. This 30-year-old star from Los Angeles has already made a name for himself in the league. He is a 2 time NBA Champion, a 2 time NBA Finals MVP, and an NBA All star-Game MVP. Leonard has been a part of three franchises. He won championships with the San Antonio Spurs and the Toronto Raptors. With the Los Angeles Clippers, he has not been able to get past the Conference Finals. With the free-agency period nearing, Leonard may be looking to leave his player option.

Kawhi Leonard is looking to opt-out of his player option

Kawhi Leonard suffered an ACL injury during the 2020-2021 Playoffs and also underwent surgery for the same. This Los Angeles Clippers star is easily one of the most sought-after players in the league. Sources in the league say that Kawhi Leonard will decline his $36 million player option to become an unrestricted free agent.

This is extremely good news for teams around the league. After Kawhi opts out of his player option he can increase his salary. The estimated amount is expected to be $39 Million.

Also Read: NBA Draft 2021: Here Are All the First Round Picks From This Year’s NBA Draft

Whichever team Kawhi Leonard decides to sign with, it will be a huge bonus for the team. Kawhi Leonard has everything to help a team make the finals. He is talented, great on defence, and can keep a calm mind in clutch situations. As the star might enter free agency there are a few teams that would be great landing spots for Kawhi Leonard.

Pat Riley is a person who knows how to bring sought-after players to the team. If Kawhi was to sign with Miami, the Heat would become a championship team. Jimmy Butler and Kawhi Leonard already get along well off-court and their chemistry on the court will be wonderful to watch. With Kawhi Leonard, the Heat roster will look good on the court. They will have Jimmy Butley, Bam Adebayo, and Tyler Herro.

The North is no new place for Kawhi Leonard. Masai Ujiri brought him to the Raptors and they won their first-ever NBA championship in 2019. The Toronto Raptors will be a great landing spot for Leonard. The King of the North returning will not only be a bonus for the team but the fans will love it. To make this happen, the Raptors will have to give up maybe Kyle Lowry or Paskal Siakam and a few drafts picks. The question is what will Masai do.