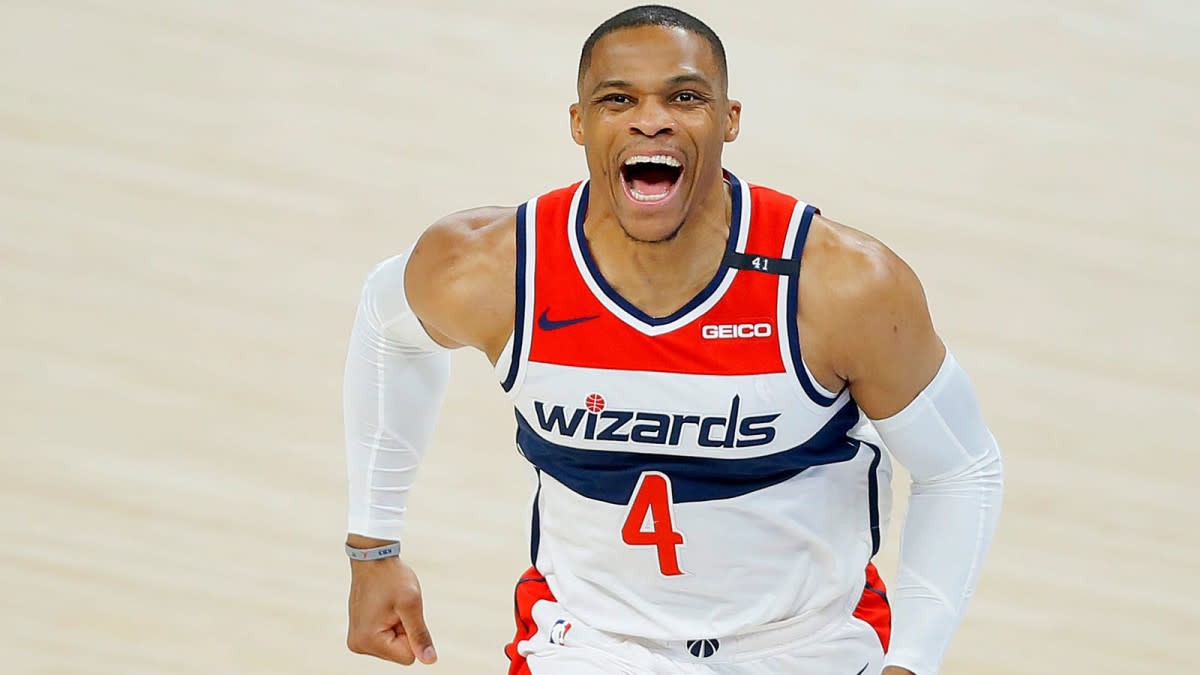 Russell Westbrook is a point guard in the NBA. He has been an NBA MVP, a nine-time NBA All-Star, and a two-time scoring champion. Westbrook finished the 2020-2021 season with the Washington Wizards. He averaged 19 points, 10.4 rebounds, and 11.8 assists per game. Mr. Triple-Double has been a part of three franchises in the NBA. He is now officially moving to his fourth.

Russell Westbrook gets traded to the Los Angeles Lakers

The Los Angeles Lakers have just added another superstar to their roster. Over the last few weeks, a lot of rumors about who the Lakers will sign were going around. Many sources said that the Lakers were targeting a champion potential veteran to add to their lineup. They targeted Kyle Lowry, DeMar DeRozan but need up adding Mr. Triple-Double, Russell Westbrook to their roster.

Also Read : NBA Draft 2021: Franz Wagner Tries to Convince Stephen Curry and Klay Thompson That He Should Be Drafted by the Golden State Warriors

The Washington Wizards agreed to trade Russell Westbrook along with a 2024 second-round pick and a 2028 second-round pick to the Los Angeles Lakers. In return, the Wizards will receive Kyle Kuzma, Kentavious Caldwell-Pope, Montrezl Harrell, and a 22nd pick from the 2021 NBA Draft.

The Los Angeles Lakers now have a big three. They have LeBron James leading from the front with Anthony Davis and Russell Westbrook holding the fort. These big three have the full potential to take the Lakers to another championship. Magic Johnson, the Laker’s legend spoke about the trade as well

Laker Nation, the blockbuster trade that’s bringing Russell Westbrook to the @Lakers is VERY exciting and will definitely make the Lakers a championship contender next season,

The Los Angeles Lakers seem ecstatic to have Russ on their team. King LeBron James also took to social media to welcome the veteran to the Lakers.

Will The Los Angeles Lakers win a championship this year only time will tell but they do have a roster that can take them all the way.