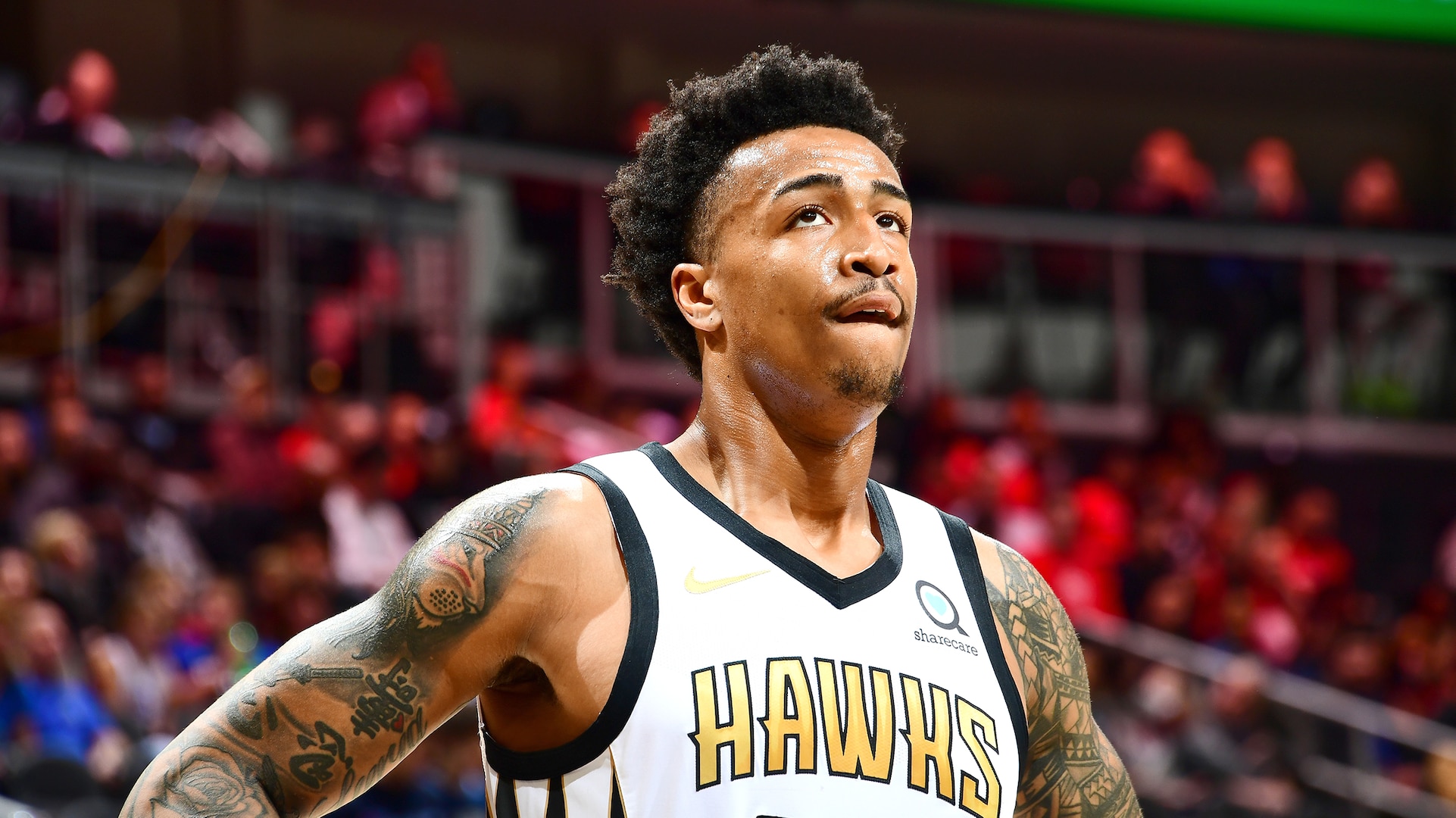 John Collins has been one of the most improving players in the league. He is a 6’9 Power Forward who is extremely gifted athletically and can also stretch the floor with his shooting. For this season especially he has been very efficient in terms of shooting the ball. He is shooting a whopping 54% from the field and an elite 42% from the three-point line, all while averaging 17.5 points, 8 rebounds, and 1 block per game.

However, he has been seemingly growing frustrated with the team as many sources reported to The Athletic. He feels his voice has been unheard of lately by the coaches and front office.

Even though he drastically improved himself offensively and defensively his usage rate and shot attempts have decreased in each of the past three seasons. John Collins even signed a whopping 5-year $125 Million in the last offseason as a restricted free agent. He still has been known to bud his head with the coaching staff previously and this year is no less.

John Collins has grown ‘increasingly frustrated’ over his role in Atlanta, per @ShamsCharania

John Collins after losing to the Lakers said in a post-game interview that “I have banged my head on the wall couple of times trying to figure it out myself, there’s really no excuse. All I can say is it’s unacceptable and we have to dig down and do the thing necessary to win or this going to be the result every night”.

Will this growing frustration of John Collins end up in a trade with the 76ers?

As we all know how Ben Simmons wants out of the Philadelphia Sixers. He has been out since the beginning of the season due to mental health struggles. After a disappointing loss to the Atlanta Hawks itself and him passing on a crucial open dunk, things have gone sideways for Ben.

However, Atlanta Hawks facing trouble with John Collins can lead to a trade. Atlanta has been in the bottom 3 in defensive rating. Thus bringing one of the best defensive players in the league would solve the problem.

But it’s not that easy. Philly has been asking for a lot in exchange for Simmons to pair up with Joel Embidd. Thus the only way to acquire Simmons would be John Collins, Kevin Huerter, De’Andre Hunter, Cam Reddish, and Bogdan Bogdanovic, and a couple of first-round picks. This trade will only the Hawks defensively and will give the Sixers shooting which can help Embidd to dominate more in the paint.