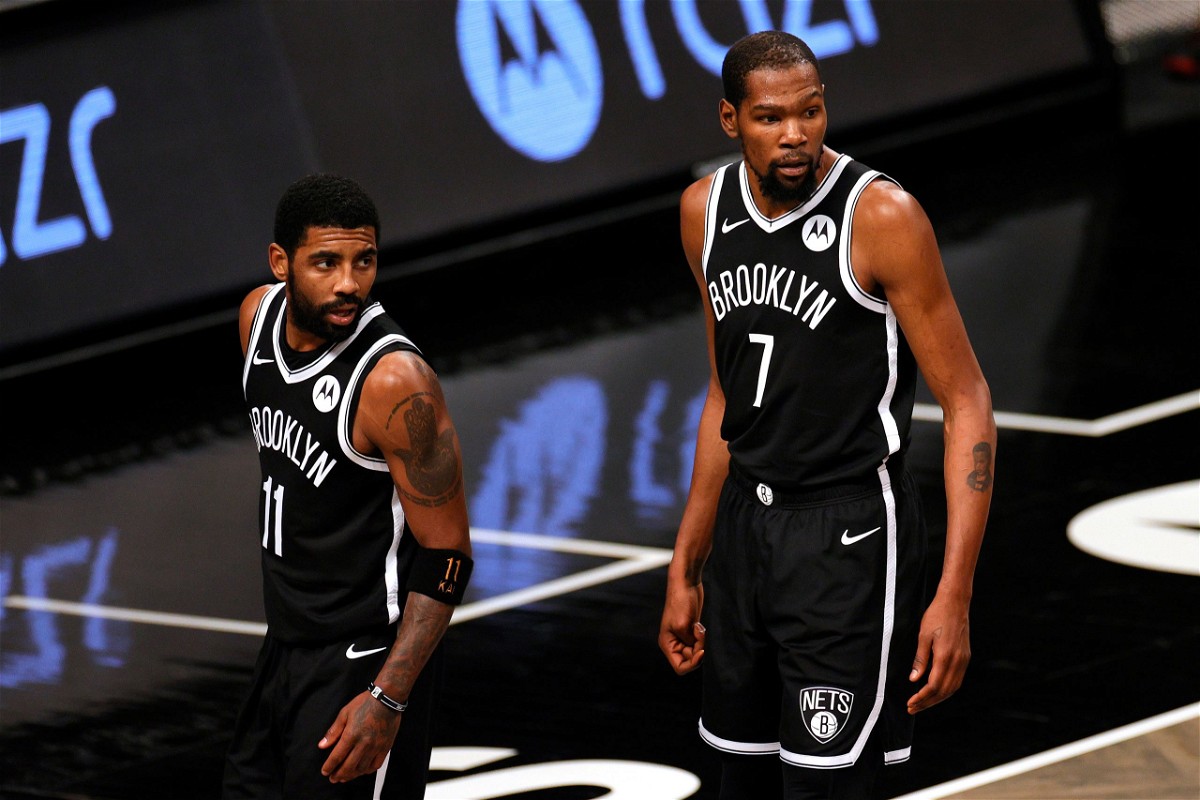 After signing two of the top five free agents last summer and pulling off a 4-team blockbuster trade to acquire James Harden this month, Brooklyn Nets are in trade talks yet again. This time, however, they are looking to acquire role players to support the ‘Big 3’. If the Nets are successful in their effort to land Kevin Love and JaVale McGee, they will further complicate the power dynamics of the present roster.

SOURCE: The Brooklyn Nets are in active discussions with the Cleveland Cavaliers to acquire JaVale McGee. Also have interest in Kevin Love

Ever since the entire roster come together after Kyrie Irving’s return, the Nets lost to the Cleveland Cavaliers, a lottery team at best, twice. Although they defeated Miami Heat last night, the latter was severely shorthanded without two of its starters which barely counts as a victory.

There are three glaring weak points in the Brooklyn Nets so far. Poor defense which allowed Cavs to score 147 points, lack of chemistry, and bench involvement. Acquiring Kevin Love and JaVale McGee would definitely solve the problem on the defensive end, however, poor chemistry might be intensified. A concept in economics, called diminishing marginal utility, explains this situation perfectly. Adding all-stars from different teams who have barely ever played together will be problematic initially.

As was apparent from watching the LA Clippers last season, poor chemistry can be deadly in the playoffs even if it has minimal effects in the regular season. No matter how many role players the Nets add, if they fail to give them enough touches, it will all be in vain.

Before fantasizing about watching Kevin Love and Kyrie Irvin play together again, one must question if a trade like this is possible at all.

Are Brooklyn Nets in a position to trade for Kevin Love and JaVale McGee?

Brooklyn Nets went all out in the James Harden trade giving up their future in the process. They traded first-round draft picks for the next 7 years while the current roster is almost at the brink of their prime. Kevin Durant and James Harden have 4 good years left at best and Kyrie is always on injury alert.

By the time they go into rebuild mode, they won’t have any first-round draft picks left. In addition, signing more all-stars will further complicate the power dynamic of the already star stubbed group. Although JaVale McGee is a role player, Kevin Love won’t settle for anything less than a starting position.

SOURCE: The Brooklyn Nets are in active discussions with the Cleveland Cavaliers to acquire JaVale McGee. Also have interest in Kevin Love

If at all they wish to trade for Kevin Love and JaVale McGee they may have to trade Kyrie Irving or 2-3 bench players to clear the cap space. They have exhausted all other options at the moment as draft picks are out of the question. A plausible trade would include Joe Harris and Spencer Dinwiddie or Jeff Green for KLove and probably another bench player and second-round picks for JaVale. Another option would be to trade Kyrie Irving or DeAndre Jordan and acquire Love and McGee with some draft picks.

Brooklyn Nets should concentrate on building team chemistry and giving Dinwiddie, Green, and Harris more meaningful time court instead of jacking up all-stars.