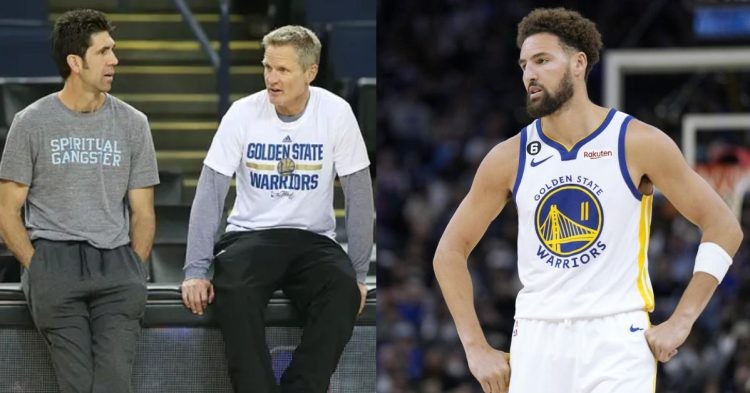 Despite being the defending NBA champions, the Golden State Warriors have not exactly started off this NBA season well. Stephen Curry, Klay Thompson, and the Warriors currently hold a record of 22 wins and 23 losses, giving them the 9th seed in a competitive Western Conference.

It is almost unheard of for a team at the bottom of the playoffs table to make it all the way to the NBA Finals and win it all. As we all remember, the Warriors were the 3rd seed last year when they ended up winning the title. Therefore, they might make a big move and trade players around as the NBA trade deadline approaches.

With that being said, fans might wonder what Golden State could do to improve their chances at this juncture of the NBA season.

Will the Golden State Warriors look to trade Klay Thompson?

This certainly seems to be a question on the minds of all Golden State Warriors fans. While there is no denying that Klay Thompson is still one of the best shooters in the league, we should remember that he is on the backend of his prime at 32 years of age. Additionally, he has undergone multiple serious injuries over the past few years and has lost a lot of his quickness and athleticism.


NBA Insider Tony Slater revealed what the Warriors management feels it requires with the NBA trade deadline only a few weeks away. While it is certainly possible for these reports to be inaccurate at times, let us look at what the Insider feels the Warriors are on the market for.

“The Warriors have a greater interest in adding a versatile multipositional wing than an extra big man…Assuming health, either Draymond Green, Looney or both will be on the floor in almost every relevant playoff minute. So the priority would be to add an adaptable rotation option who could upsize and downsize depending on who else Steve Kerr is using at any given time.”

As we can tell, Klay Thompson is one of the few players on the team who fits the description of a “versatile multipositional wing”. While it is certainly possible for Andrew Wiggins or Jordan Poole to meet this description and find themselves on the trade block, we should remember that they were both recently given large contracts by the Warriors.

@StephenCurry30 @Money23Green @KlayThompson @SteveKerr @NBAonTNT @warriors
This is embarrassing……. The Warriors suck….play zero defense…have zero offense inside 25 ft….and have players faking injuries too much.
GS HAS TO MAKE TRADES AND GET RID OF THESE LAZY PLAYERS

While Klay still looks far from washed, averaging 20.9 points, 3.9 rebounds, and 2.5 assists, he might find himself being traded if the current situation for the Warriors does not improve by the trade deadline.