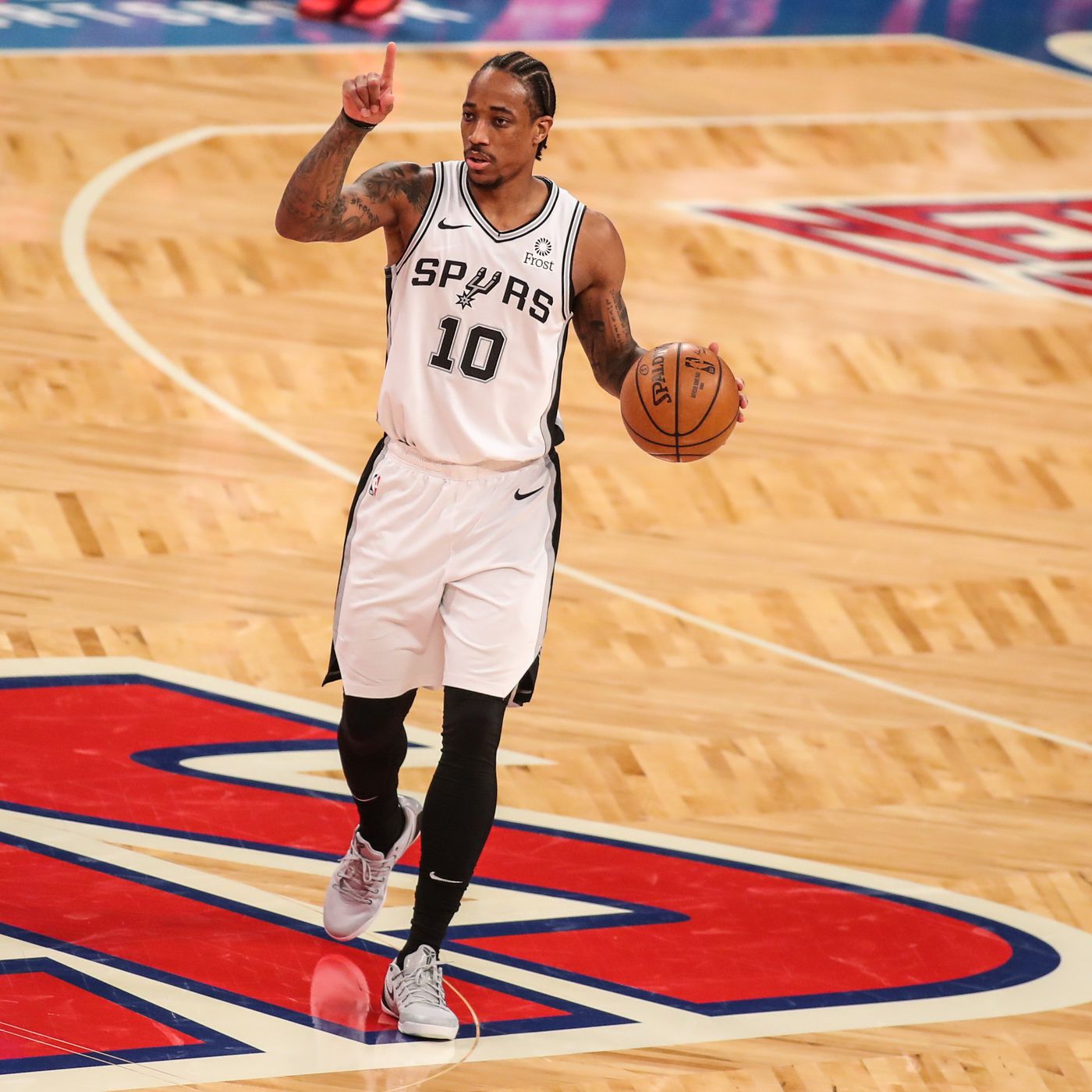 Among many ongoing trade rumors, the DeMar DeRozan and Miami Heat talks are worth one’s attention. The Miami Heat have been meaning to acquire DeMar DeRozan for quite some time. They were planning to make this move at the 2021 trade deadline but ended up trading for two-time All-Star Victor Oladipo.

Now, the Heat are ambitiously trying to pair up former teammates Kyle Lowry and DeMar DeRozan in Miami. The duo has both experience and jaw-dropping highlights from their time together in the Toronto Raptors.

#Lakers are “very interested” in the prospect of signing Carmelo Anthony, per a league source. Melo has been linked to the Lakers as a possibility, given his friendship w/LeBron dating back to high school. Anthony drilled a career-best 40.9 percent from 3 last season w/Portland.

A potential reunion of the NBA’s biggest bromance in Miami

DeRozan,31, after being traded for Kawhi Leonard, has played his last three seasons with the San Antonio Spurs. He averaged 21.6 points, 6.9 assists, and 4.2 rebounds per game last season. However, in spite of this, the Spurs have not seen the postseason for the last two seasons.

All this indicates a high probability that he may soon again join forces with his Miami Heat-bound friend Kyle Lowry. After all, the two played together in Toronto for nine consecutive seasons from 2009-2018.

The previously mentioned trade took place after DeMar DeRozan’s departure in 2018 which resulted in Kawhi Leonard playing in Toronto.

The other move that has been hotly rumored of late is DeMar DeRozan going to Miami for their full MLE, which they could likely just squeeze under the luxury tax apron along with Lowry and  Robinson–   John Hollinger of TheAthleticNBA

There are other rumors afloat that DeRozan might also head to Los Angeles Clippers. Other rumors in the NBA suggest a Chicago Bulls and Spurs trade-off between DeRozan and 7’0 ft power forward Lauri Markkanen. Seeing the perks of signing with the Miami Heat are however much more favorable for the four-time All-Star, DeMar DeRozan.