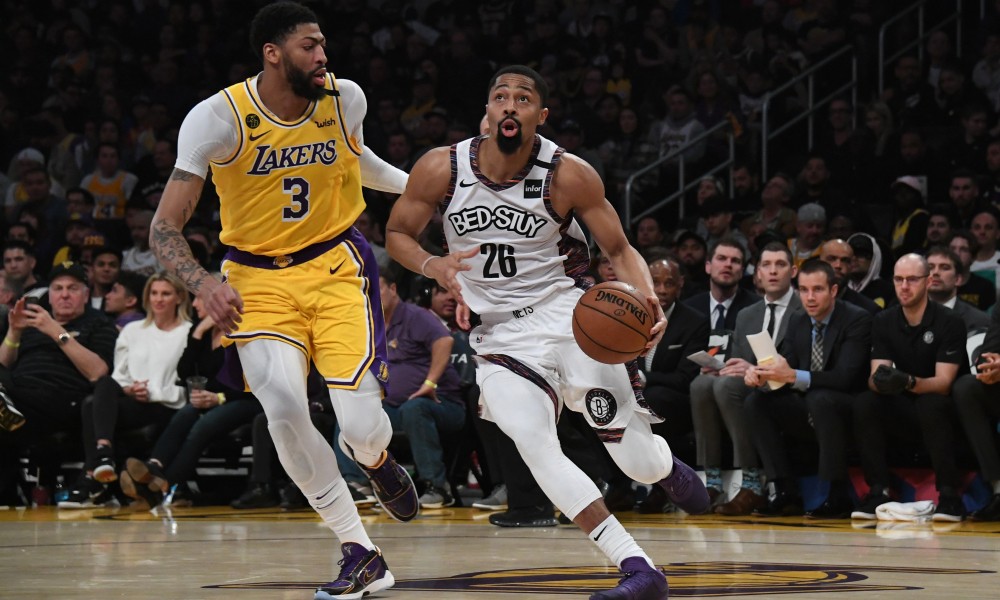 The Los Angeles Lakers have been making some serious noise even before the offseason has begun. It is all just noise and rumors but they grow everyday. Everybody knows that the Los Angeles Lakers are looking for a really elite guard to play along side LeBron James and Anthony Davis. The list is headlined with Chris Paul and Russell Westbrook, followed by DeRozan and Lowry. And now the man that has just added himself to that list is Spencer Dinwiddie of the Brooklyn Nets.

In the 2019-20 NBA Season, Spencer Dinwiddie averaged nearly 21 points per game with 7 assists. And then in the 2020-21 season, where he had the opportunity to back up 3 All-NBA Caliber players, Dinwiddie had an ACL injury after playing just 3 games.

Spencer fits well with the role of 6th man but was going to start along Kyrie and KD. However, since they acquired James Harden, it’s nearly impossible for the Nets to start all of them unless they want KD playing at the center position.

For Dinwiddie, he now has to choose if he wants to ride along with this godly big 3 to a championship with minimal contribution or join a contender where his role is more required. That place just might be the Los Angeles Lakers. Spencer Dinwiddie has a player option which he will decline so that he can become a free agent and stand to earn more money. The only problem with that is Dinwiddie is not on the top of the Lakers list and also don’t have the cap room to pay him a lot of money.

But if the stars aligned, how would Dinwiddie fit on the Lakers?

Would Spencer Dinwiddie Help the LA Lakers Win a Championship?

The place where the Los Angeles Lakers need the most help is during playoff time. Just based on pure talent, they could easily clinch a playoff spot. That’s why they need to focus on players with considerable playoff experience. Spencer Dinwiddie has played just 5 games with actual playoff minutes. He has never played in the NBA Finals, let alone the second round.

Spencer Dinwiddie reportedly "has interest" in signing with the Lakers in free agency. https://t.co/FyWj4haFAi pic.twitter.com/TrfkMmrq1Z

He’s also not the best 3 point shooter which would reduce their spacing option. His fit on the Lakers would be better if he came off the bench but not as a starter. I feel, he’d play the same way as Dennis did. The Lakers should look more towards the others players on the list. And only c0me back to Dennis if they have no options remaining. Otherwise, we will see a re-run of what happened with the Los Angeles Lakers this year.