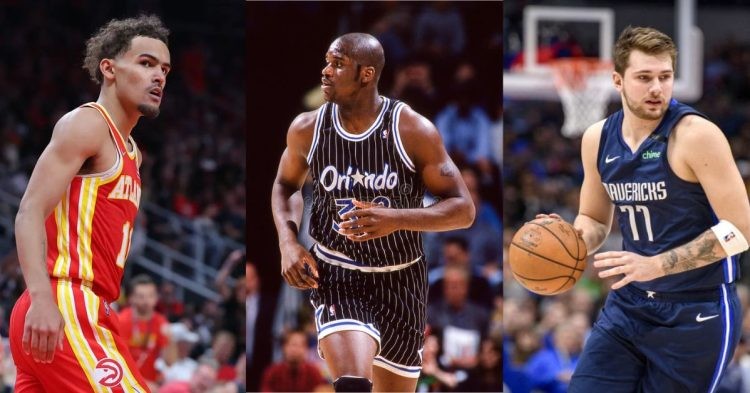 Trae Young is an NBA star with the Atlanta Hawks. He is proving to be one of the top point guards in the league and has a shooting range that few players can match. Atlanta does not have a very popular NBA franchise. Therefore, Trae’s accomplishments within his first few years in the league have gone unnoticed.

We know that Shaquille O’Neal and Luka Doncic proved to possess unreal talent and skill from the second they stepped foot on an NBA court. The statistics prove that Trae Young was just as good offensively in his sophomore NBA season.

Most PPG in a sophomore season since the NBA merger:

Not many people know how Trae performed in comparison to Shaq and Luka. We all know he is much smaller than the two. Additionally, we also know how the NBA veterans and stars treat the rookies during their first few years in the league.

While Shaq may have played several years ago, Luka is Trae’s contemporary. In fact, they were both drafted in the same year and were even traded for each other by their respective teams. Many NBA experts held the opinion that the Dallas Mavericks won this deal by getting Luka Doncic.

All the hype around Luka caused Trae to blend into the background of the league. Both Doncic and Young have similar careers. This can be argued as they are both lone stars who have made their teams somewhat relevant again. Additionally, Trae managed to carry the Hawks to the Eastern Conference Finals in 2021 and Luka has managed the same feat in the west this year.

We would think that Luka’s size would help set him apart from Young both offensively and defensively. Yet the statistics show that Young averaged 29.6 points compared to Doncic’s 28.8 points. Trae is also ahead of Shaq who averaged 29.3 points during his second year in the league.

These numbers prove that the Hawks; star guard deserves to be placed among elite companies. However, one should also wonder whether the team system in Atlanta along with the lack of superstars gave Young more freedom and confidence. This could be one reason that explains his second-year scoring numbers