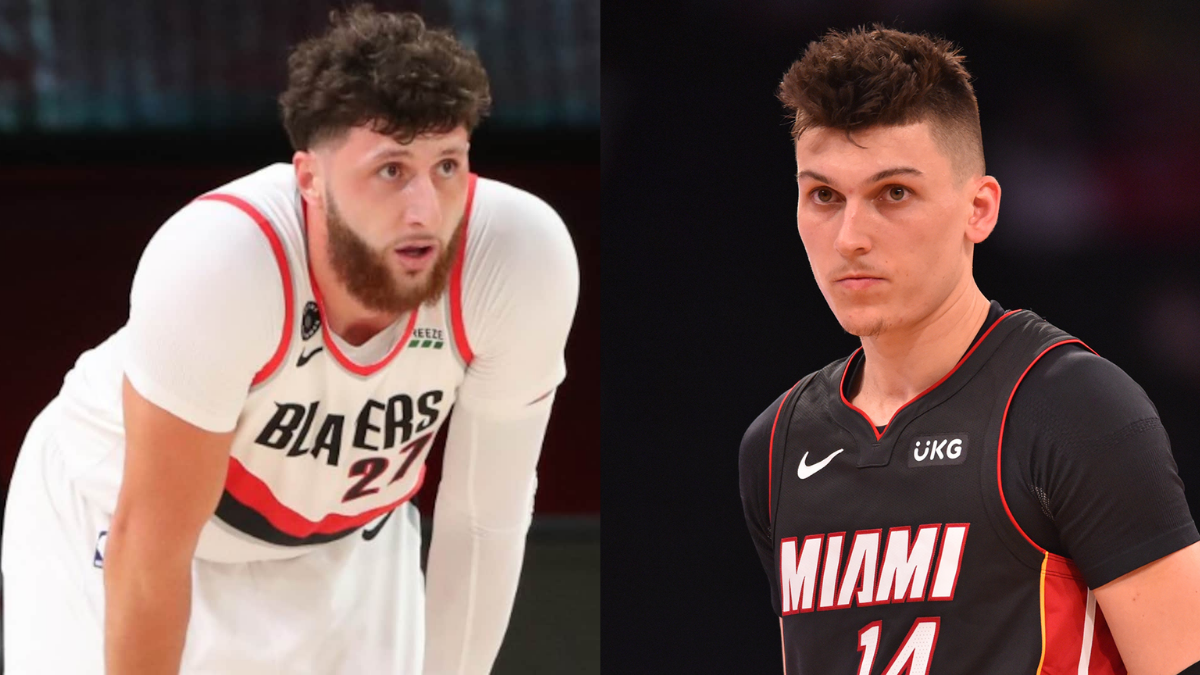 Miami Heat guard Tyler Herro and Portland Trail Blazers Center Jusuf Nurkic were ejected. Both players got into a fight after a pick’n’roll. As Nurkic sets up a screen for Norman Powell, Tyler Herro stumbles from his screen and goes on to push Nurkic. Undoubtedly Blazers center did not appreciate that and took a swing at Herro which he barely missed.

The game was basically over when the fight happened. The Heat was in charge by 10 points and the struggling Blazers were trying to fight their way back in. Regardless both players were ejected due to the fight. Powell got hot in the last minute and scored 7 straight points. But it was not enough as the Blazers lost by 113-109.

Tyler Herro has been sensational this season. He had a disappointing last season but this year he came back stronger. In an interview, he explained that he thinks he belongs in the same conversation as some of the other young superstars. He believed that he has the same ceiling as Luka Doncic, Ja Morant, and Trae Young.

Even though everyone at the moment laughed it off but his progress this season is amazing. He is one of the, if not the main candidates of 6th Man of the Year. He is averaging 20.4 points, 5 rebounds, and 4.1 assists per game. As their star Jimmy Buttler has missed a lot of games due to COVID-19 protocol and injury, it is Tyler Herro who has taken the responsibility of scoring.

It’s not just his scoring, he can dish the ball too as he averages 4 assists, which for a player coming off the bench is pretty good. Thus we can conclude that Tyler Herro has bounced back from his disappointing sophomore season and has placed his name in the conversation of the 6th Man of the Year.