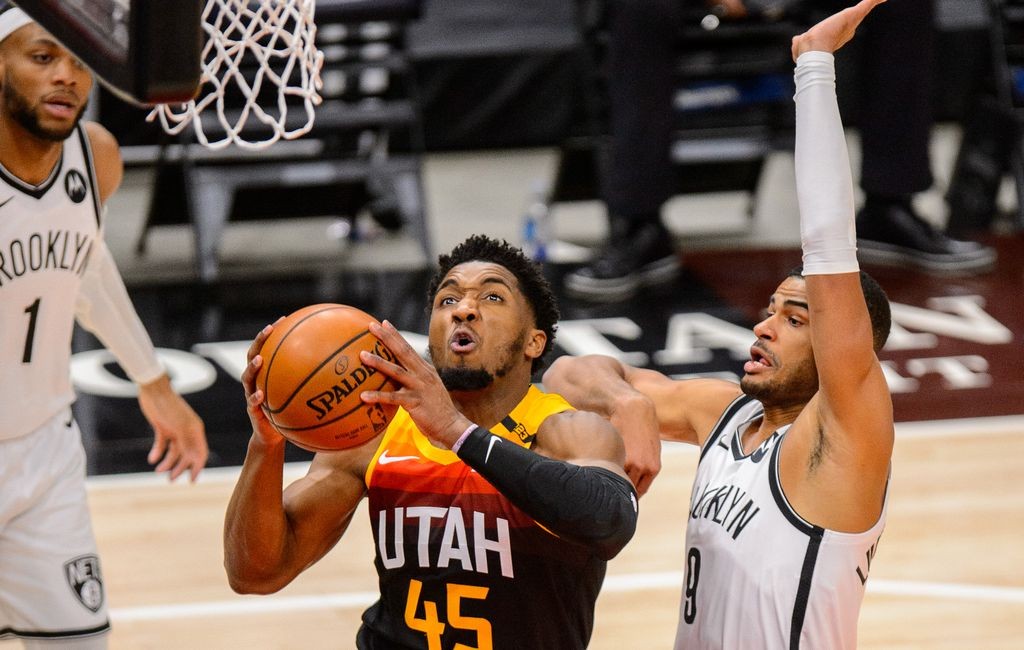 Two teams fighting to climb the ranks in their conference, the Utah Jazz will be taking on the Brooklyn Nets. The Utah Jazz is the 4th seed in the West with 45 wins and looking to overtake the Warriors. Whereas the Brooklyn Nets let themselves slip in the extremely competitive East and are looking to get that guaranteed playoffs spot before the season draws to a close.

Brooklyn and Utah have played each other just once this season. That game was played out on 5th February 2022.

Just like most of the games this season, the Brooklyn Nets played just 1 star against the Jazz. It was the only player in the NBA with a part-time job, Kyrie Irving. Kevin Durant was still injured at the time and James Harden was smack dab in the middle of the drama. And even Kyrie Irving had an off night.

Kyrie Irving scored 15 points in 30 minutes on 6 of 20 shooting from the field. It seemed like he was playing for the Jazz on that night. Cam Thomas off the bench put on a spectacle and showed Irving how he should’ve been playing. Thomas scored 30 points in 31 minutes. It was not enough for Brooklyn to win. 6 double-digit performances from the Utah Jazz got the better of the Nets and gave them the 1 game lead in the season series.

Utah led in every statistical category and won with a final score of 125-102. The Jazz even led by 34 points in the game which shows the pure domination on the night.

The game will be at Brooklyn meaning Kyrie won’t be suiting up. Kevin Durant will be on the court to take care of his missing stars. Utah is missing a couple of key contributors since the last time they played, but as long as Mitchell and Rudy are on the court, they have a huge chance to win.

36 points and 7 threes for @spidadmitchell in the @utahjazz win! pic.twitter.com/6VdUGI3ro2

Utah is the number 1 team in the offensive efficiency rating in the league. That’s why the Jazz will beat the Brooklyn Nets and crush their dreams of making the NBA playoffs.

Ben Simmons: Out (Back)

How to watch the Brooklyn Nets vs the Utah Jazz?

You can watch the Brooklyn Nets play the Utah Jazz on 21st March 2022 at 7:30 PM ET on AT&T SportsNet Rocky Mountain, YES Network, and NBA TV. You can also watch the game globally on NBA league pass.