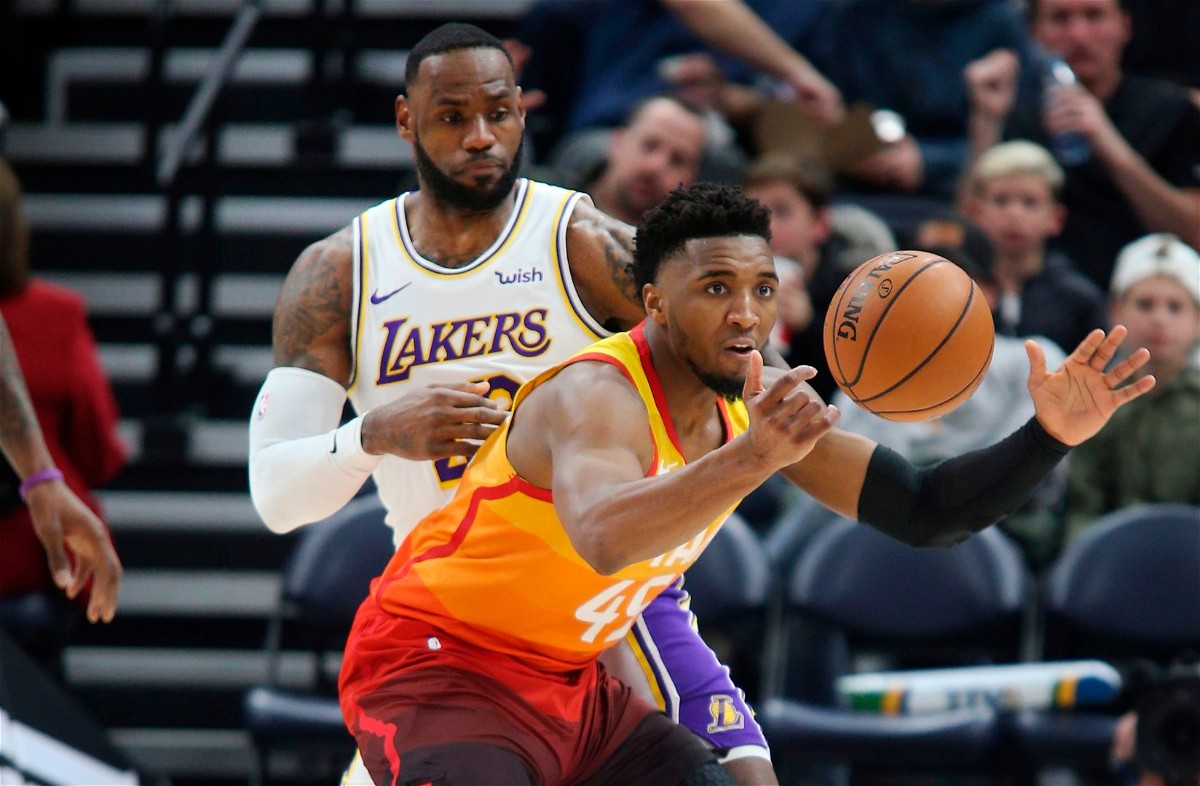 The Los Angeles Lakers visit the Utah Jazz at the Vivint Smart Home Arena in their third and final meeting of the season. It is a clash between two high-profile teams that are not doing great. The Lakers are on a 3-game losing streak and the Jazz are on a worse 5-game losing streak. Both teams need to end their losing streaks soon to secure the playoff or Play-In seed that they were on track for before their poor run of form.

Although Utah Jazz has had a far superior season to the Los Angeles Lakers, it is the Lakers who have come out on top in both previous meetings. The Lakers lead the season series 2-0. And their last meeting was a constant to and fro between Donovan Mitchell and LeBron James.

But it was James who came out on top after scoring 33 points, 8 rebounds, and 6 assists as he led the Lakers to a 106-101 win. Anthony Davis scored 17 points alongside Russell Westbrook’s 17 points, and 7 rebounds to help out in the Lakers’ win at home.

Donovan Mitchell scored a game-high 38 points and had 5 assists. But there wasn’t sufficient support from his All-Star support cast as Rudy Gobert only scored 5 points with his 11 rebounds and 3 blocks. The Jazz did decently well till the Lakers turned it on in the 4th quarter and outplayed them.

Utah Jazz is the superior team on paper and will want to capitalize on LeBron James’ absence for the Lakers. The Lakers sorely miss LeBron on both offense and defense and their misery will only be compounded as they slip below the Play-In positions. They are also suffering from poor morale and desperately need a win to get them out of this slump.

The Jazz will finally get one on the Lakers this season and win to snap their own losing streak and extend the Lakers’ streak.

How to watch Utah Jazz vs Los Angeles Lakers?

You can watch the Utah Jazz vs Los Angeles Lakers on TNT or Spectrum SportsNet. Fans across the world can also stream the game through an NBA League Pass subscription. For play-by-play commentary, you can tune in to ESPN LA 710 or KWKW (S) on the radio.