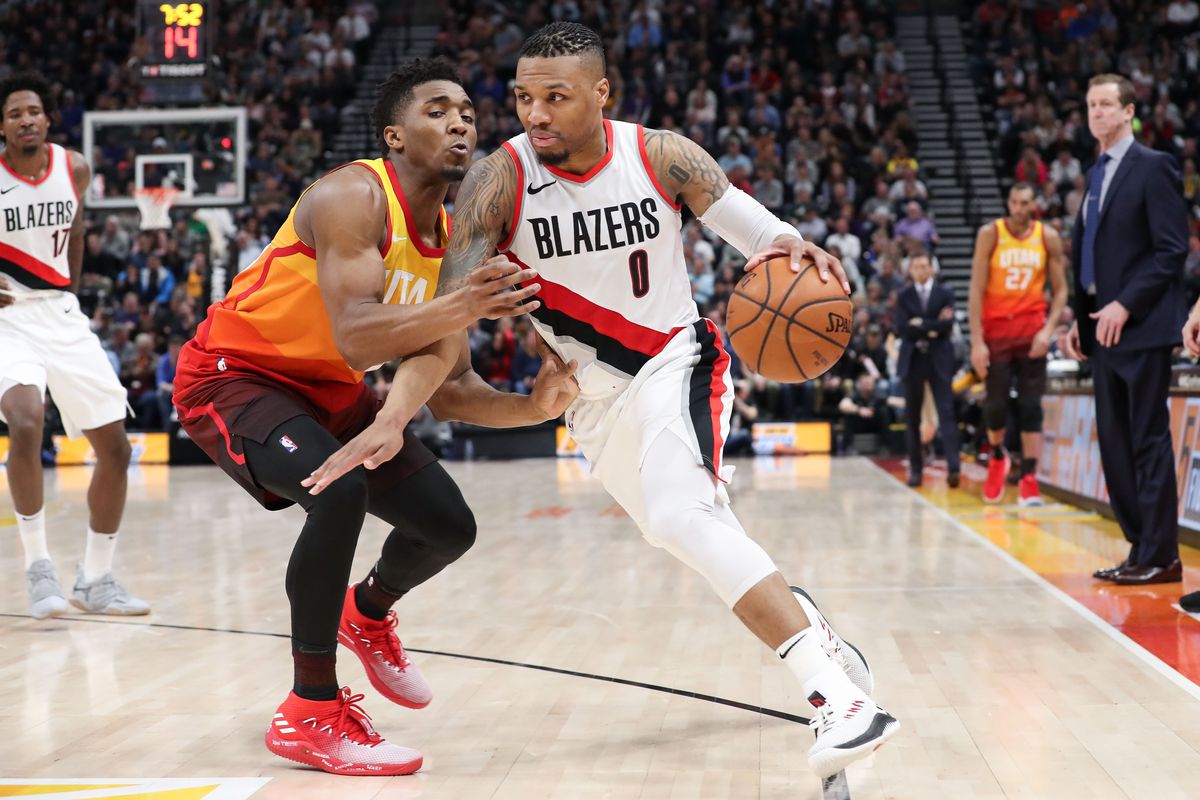 Utah Jazz and Portland Trail Blazers will face each other for 1st time this season. The Jazz team has shown great consistency from last season maintaining a 0.7 to 0.8 win rate in the League. Utah team is currently 3rd in the western conference while Portland is holding on to 6th place with a 10-10 record.

Damian Lillard has been the catalyst for the Portland offence over the years. His early-season scoring slump caused a slow start for the Trail Blazers. CJ McCollum has maintained his average between 20-24 points per game but he needs to step up his offence to give Lillard some breather.

New incoming players have put up mediocre show – Ben McLemore and Larry Nance Jr have averages of 4 points and 7 points per game. Norman Powell – re-signed this season had some good games but again averages just above 15 points per game.

The Jazz recorded a 22 point victory against New Orleans Pelicans after a surprise 1 point loss in the prior game. Rudy Gobert is a defensive pillar for the Jazz with 14.4 rebounds and 2.2 blocks per game for the team. He is currently 3rd in rebounds and blocks this season.

Donovan Mitchell has good support around him for the offence in Jordan Clarkson and Bojan Bogdanovic. The trio has scored 50% of the points for the Jazz. Surprisingly Mitchell has not scored 30 points in his last 11 matches. Veteran Mike Conley is the team’s assist leader with 5.2 assists per game.

Overall, it will be a match-up between Portland’s guards and Utah’s free-flowing team. Looking at consistency and players from Utah will grab a victory for the home crowd.

Norman Powell (Quadriceps): Expected to be back on 30th November

Udoka Azubuike (Ankle): Expected to be back on 6th December

How to watch Portland Trailblazers vs Denver Nuggets?

Portland Trailblazers vs Denver Nuggets will match up against each other at Vivint Smart Home Arena. The stadium is prepared to accept fans at full capacity. International viewers can access the game on NBA League Pass. While local broadcaster for the Jazz will be Root Sports plus.


Also Read: Everything You Need to Know About Paul George, His Wife, and Kids