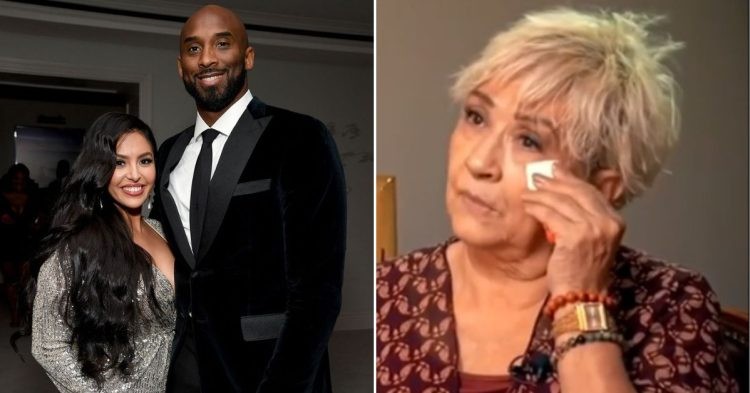 Kobe and Gianna Bryant‘s death was not easy for the world to digest, and it was understandably the same for Vanessa Bryant. When she lost the love of her life and her beloved young daughter at the same time, the world as she knew it came crashing down at all once. However, many believed that Vanessa reached a breaking point when she decided to kick her mother, Sofia Laine, out of her house.

But what some might not be familiar with is that there was a huge controversy at the time, involving Vanessa and her mother. For context, Sofia mentioned in an interview with Univision that her daughter kicked her out of the house and took back her possessions, including her car. Laine said, “She told me, ‘I need you to get out of this house. She also told me that she wanted her car and she wants it now.”

Vanessa Bryant alleged that her mother, Sofia Laine, was physically absent from her life after Kobe’s death

That started a frenzy in the media at the time, and the timing of it all could not be worse. Vanessa had to deal with this controversy just a few months after her family members’ funerals. Despite going through such a hard time, she shot right back at her mother.

Vanessa told PEOPLE, “My husband and daughter passed away unexpectedly and yet my mom has the audacity to do an interview on TV talking negatively about me while shedding tears about a car and home that wasn’t in her name.” Together with that, Vanessa also claimed that she was supporting her mother for the last two decades on top of a monthly alimony with the help of Kobe.

Why did Vanessa Bryant’s mother file a lawsuit against her?

Bryant was shocked and disappointed that her mother brought their family’s private matters to the public and media. She added, “Contrary to previous reports, she has not been physically present or emotionally supportive for my daughters and me after my husband and daughter passed away.”

This prompted Laine to file a lawsuit against her daughter! The documents mentioned that she was unpaid for the services she provided as a nanny to Kobe and Vanessa’s children. Together with that, Sofia, 68, at the time, mentioned that the LA Lakers legend promised her financial compensation for her services for the rest of her life. It was said that the lawsuit was for around $5 million.

At the time, Vanessa made sure to fight back as well. She told E! News, “My mother is continuing to try and find ways to extort a financial windfall from our family. I have supported her for nearly 20 years, and she was never my or Kobe’s personal assistant, nor was she a nanny. I have always been a stay-at-home mother and my husband and I were our daughter’s full-time care givers.”

After a long saga where both Vanessa and Sofia went back and forth, the former settled with her mother in 2021. Despite her mother’s attempt to charge $200,000 ($96 an hour), as Vanessa mentioned in a statement, she settled as the case came to a close. Vanessa did not disclose the losses she faced to the world. Right now, the mother and daughter are not on talking terms, indicating that the wound is still fresh.