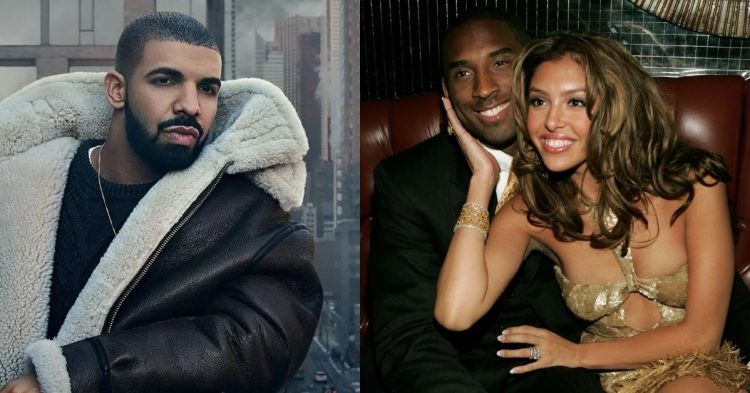 Vanessa Bryant was not happy when Drake referenced her potential divorce from Kobe Bryant in a song he released. As a result, she lashed out and put the American Rapper in his place for disrespecting her relationship with Kobe.

As all of us are aware, Bryant and his young daughter passed away almost three years ago. After the Los Angeles Lakers legend’s death, Drake made song lyrics in his name of showing tribute to the Black Mamba. However, Vanessa was offended by the lyrics and soon lashed out against Drake.

NBA fans must certainly want to know what Drake said in his song to offend Vanessa and how she chose to react to it. Therefore, we need to take an in-depth look at this situation.

After the world found out that Kobe Bryant passed away, many celebrities were troubled and voiced out their feelings of despair and pain. As rappers tend to do, Drake ended up showing tribute to Kobe and referencing him in multiple songs.

It would surprise a few people to find out that Vanessa and Kobe were at crossroads in their relationship and were potentially heading for a divorce back in 2011. Despite Kobe’s massive amounts of wealth at the time, there was no prenup between them. Therefore, Vanessa would be eligible to possess half of everything Kobe earned in his career.


Drake saw this as a good source of inspiration. As a result, he referenced the couple’s situation in his song “Stay Schemin.”

When the song came out, Bryant had a net worth of around $300 million. However, it looked like he was about to lose half his money. Vanessa got annoyed by these lyrics and soon called Drake out. Especially, after she resolved her marital conflicts with Kobe.


“I love when immature kids quote a rapper that has never been friends with Kobe and knows nothing about our relationship… Just shows how gullible they are. I don’t need to be in the gym. I’m raising our daughters, signing checks, and taking care of everything else that pertains to our home life.”

Vanessa claimed that Drake knew absolutely nothing about her relationship with Kobe and snapped back at him, reminding him of everything she does that goes unnoticed. She also called fans who quoted the song as gullible and claimed that these were just attempts to monetize from her family’s heartache.