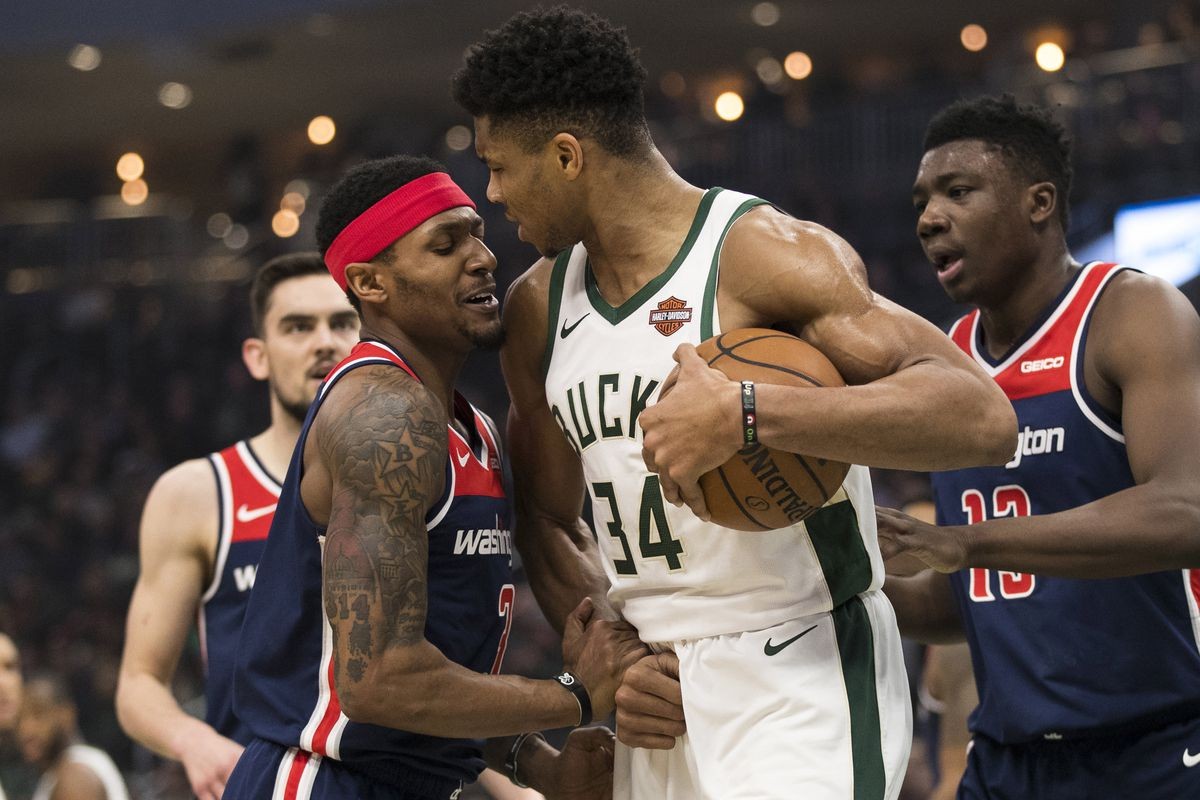 The Washington Wizards will head to Fiserv Forum on Tuesday night for an Eastern Conference showdown versus the Milwaukee Bucks. Both teams go head to head for the second time in the 2021-22 NBA season where the Wizards took a 101-94 victory led by Bradley Beal’s 30 points.

The Washington Wizards had an incredible start to their season but not they are struggling with a record of 23-26. They are currently placed 12th in the east and enter this game on a five-game losing streak. Washington is averaging 108.3 points, 44.8 rebounds, 24.7 assists, 4.8 steals and 5.5 blocks per game while shooting 45.9% from the field. Their opponents have averaged 111.2 points.

The Milwaukee Bucks are gradually improving this season after a slow start. The Bucks are placed fifth in the eastern conference with a record of 31 wins and 21 losses. In their last game, Denver blowout Milwaukee as they took a 36-point victory. Cream City is 110.2 points, 45.8 rebounds, 23.4 assists, 7.8 steals and 3.7 blocks per game while shooting 45.0% from the field. Their opponents have averaged 111.6 points per game.

A near double-double tonight for Giannis.

Giannis Antetokounmpo continues to be one of the top players in the league as he is averaging 28.8 points, 11.2 rebounds and 5.8 assists over the past 10 games for Milwaukee. Grayson Allen averages 2.6 made 3-pointers per game for the Bucks. He is also scoring 11.8 points while shooting 39.2% from beyond the arc.

Washington Wizards comes into this matchup having dropped five games in a row and this streak may not be ending here. The Wizards will miss Bradley Beal in this game as he is set to miss the next two games due to a sprained wrist. Whereas, Milwaukee will have a healthy roster with an in-form MVP candidate in Giannis Antetokounmpo.

The Bucks dominate Washington offensively as they average over 110 points whereas on the defensively both teams are at par. Cream City did lose to the Wizards in their first matchup, where they played without Khris Middleton, Brook Lopez and many key players. But now the Bucks have a healthy roster and hence are the favorites to win this game.

How to watch Washington Wizards vs. Milwaukee Bucks?

The Washington Wizards vs Milwaukee Bucks game will be broadcast nationally on TNT and local broadcast on Bally Sports Wisconsin. The game will also be available on the NBA’s League Pass platform.