Watch: LeBron James Gets Destroyed By a Non-NBA Player in H.O.R.S.E. 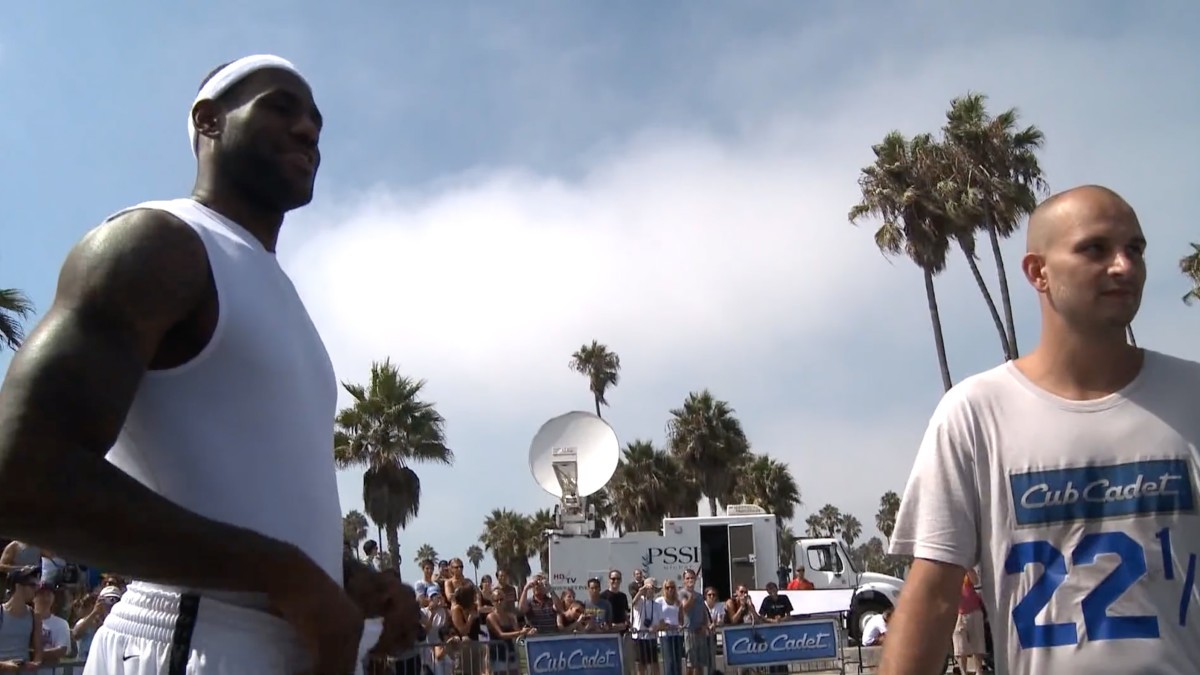 LeBron James has had his fair share of embarrassing moments in his career. He’s been swept in the NBA finals, blocked, dunked on, and even had to be carried off the court. However, these are things that many NBA players go through. But there is one thing LeBron has gone through that tops the list.

LeBron James has had many fan interactions in his time in the NBA. He’s been abused and ignored, but nothing was more humiliating than the time LeBron James played David Kalb in a game of H.O.R.S.E.

In 2008, LeBron James was still in his first stint in Cleveland. He was fresh off his first scoring title after averaging 30 points at the age of 23. A lawnmower company had organized a challenge where the winner would get to play LeBron James in a game of H.O.R.S.E.

The game of H.O.R.S.E. relies very little on skill making it the fairest game against one of the best players in NBA history. The winner of that contest was David Kalb. He was a former player at D-III Capital University in Ohio. Therefore, this was a dream game for David.

However, even David could not predict what followed. David’s first shot is where he threw the ball in the air and ran to baseline and back to make the shot. LeBron could not replicate it and be already down.

David then made a shot from behind the backboard, which LeBron again missed. Kalb then passed the ball from under his legs with his back facing the basket. The ball hit the board and David picked up the ball and scored it. LeBron did it all and missed the shot from close range.

It was not looking good for LeBron James. James made a layup from a shot from behind the back which David replicated on a thrilling make. David continued with his jump and catch shoots that were getting the better of LeBron over and over again. And David finished it on the underhand free throw to humble one of the best players in NBA history.