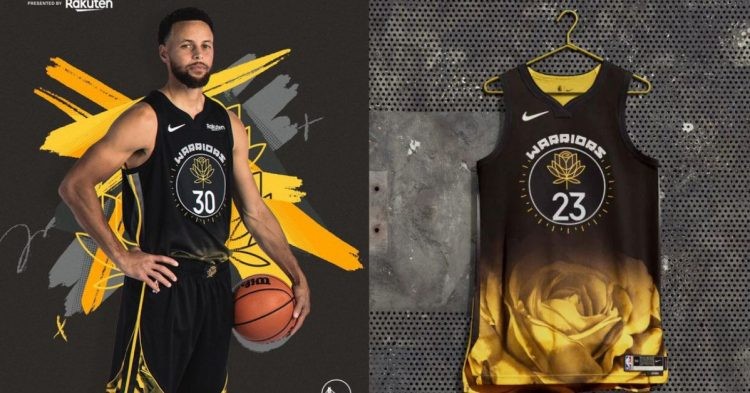 On 10 December 2022, the Golden State Warriors launched their New City Edition Jersey in association with Nike based on their Empowered campaign. (Credit- Twitter)

On 10 November 2022, the Golden State Warrior’s launched their 2022-23 Nike NBA City Edition jersey. According to sources, the jersey is a part of the Warrior’s Empowered campaign. The jersey is based on the team’s city edition of the suffrage movement. It is a celebration of women that represents femininity, friendship, optimism, and diversity.

Empowerment only exists when we're all in power.@Rakuten || #Empowered pic.twitter.com/q7H1IXQHwC

Thus, women are the champions of today. They are an important part of today’s community. The new campaign is a great way towards honoring them which is not often done by many. To know more about the jersey let’s take a look into it in detail.

The jersey is designed by an Oakland-based artist Allison Hueman, that incorporates several unique designs and elements on the jersey. Hueman is a longtime Warriors fan and had previously collaborated with Stephen Curry for a sneaker line.

On the jersey, the base is of black color which is associated with masculinity and the contrast of the yellow color is done. At the centerpiece of the Golden State Warriors jersey is a yellow rose that is a symbol of the women’s suffrage movement. It represents the women who changed the game.

The yellow color also matches their previous jersey color. Following this, around the yellow rose is a side gradient representing the diversity of the Bay Area. Additionally, at the base of the jersey is a yellow rose that is slightly faded giving it quite a realistic look.

However, on the other hand, after the appreciation from the GSW star, fans broke out on Twitter showing their disappointment with the new design.

Imma be honest Steph…these ain’t it

Thus, along with the jersey launch, the Warriors and Rakuten will be donating $25,000 to the Women’s Sports Foundation. However, despite the controversy of whether the jersey is good or not, the Warriors have taken a good step towards honoring the women.