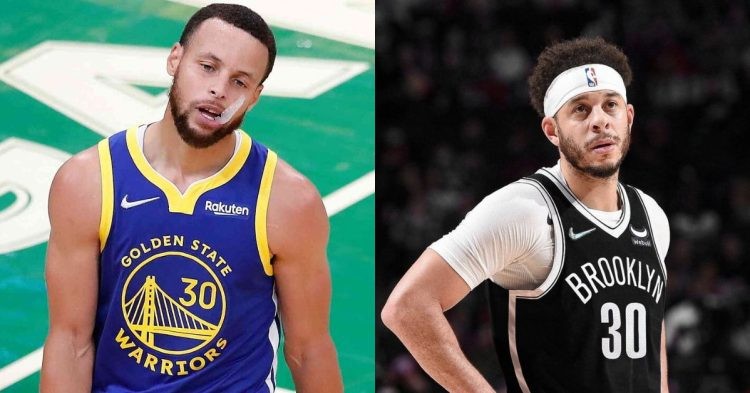 Stephen Curry is a 4x NBA champion and won the 2022 NBA title with the Golden State Warriors. He also holds the record for most three-pointers made. On the other hand, Seth Curry is an NBA player currently playing for the Brooklyn Nets.

It does not take a rocket scientist to figure out that both these players are related to each other. They look similar, have similar names, and even playstyles to a large extent. Therefore, it should be no surprise to find out that they are brothers. One must wonder which of the two is elder as well as how close they are.

What is the age difference between Stephen Curry and Seth Curry?

There are several stereotypes regarding the dynamic of a family. Elder siblings are expected to behave in a certain manner. Therefore, they are innately more responsible. The younger children are likely to be more playful. One must wonder how much truth there is to claims like this.

If it is indeed true, Steph bears the responsibility of the older brother. Steph Curry is three years older than Seth Curry. Be that as it may, the age gap isn’t too large and both brothers have shown to be quite close despite displaying a brotherly rivalry on the court.

Dell Curry, their father took both the boys along to shoot hoops. Moreover, this was in an NBA stadium and the boys were able to adapt to it sooner. Seth has not won championships like his brother. However, he is still quite a solid role player in the league and a reliable offensive weapon.

Seth has been in several teams including the Dallas Mavericks, the Sacramento King, the Portland Trail Blazers, and the Philadelphia 76ers. He has averaged 11 points, 2.2 rebounds, and 2.2 assists throughout his career. Additionally, Seth has shot 47% from the field and 43% from the three-point line.

The Curry brothers both share a unique ability to shoot the basketball from a long distance. Moreover, they have both been efficient in doing so throughout their careers. Seth is clearly not the player his brother is. This is visible from the numbers alone. However, considering they are 3 years apart, it is possible he still has more to show us.