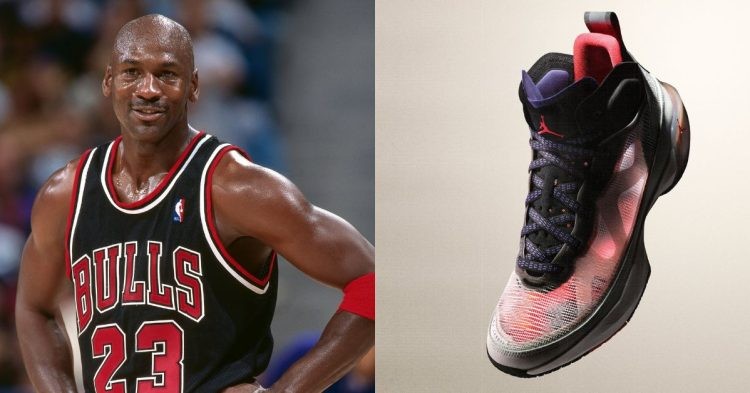 Michael Jordan has been one of the biggest athletes on the planet for decades now. Till the 2000s, fans knew him as the GOAT for the magic he pulled off on the court. However, we know him as an entrepreneur. The Chicago Bulls star is one of the very few people to be as successful off the court as they were on it. Jordan collaborated with Nike and started the Air Jordan revolution in 1984.

Since then, the Jordan sneakers have been the biggest in the basketball game. The brand has even grown popular as the shoes are now seen as fashion choices when they were originally produced for just basketball.

There have been 36 versions of Air Jordans released to date. Reports say that there will be the Air Jordans 37 released soon and there is something different about it compared to the older versions. The announcement has turned out to excite many and fans have started to post tweets about the upcoming shoe.

We can expect Nike to release the shoe in September 2022, when fall starts. However, that is only for one edition of the shoe. Nike has revealed that there will be two colorways for the Air Jordan 37; “Beyond Borders” and “Hare”.

The former will be available on the markets a couple of months from now, but the release date of “Hare” is still unknown. Reports say that it could still be a few months away.

What sets the Air Jordan 37 apart from its predecessors?

The shoes surely look different compared to the older versions. This time around, Jordan has focused on making developments to the design and has decided to improve on how the shoes work for multidirectional play. The technology behind the shoe is based on just three steps; crash, load and launch.

Nike has opted for an all-new approach and has gone with the Formula 23 foam with the 37th variant. Adding on, the only other model that comes with the same foam is the Luka Doncic signature model. With the sole purpose of helping the wearer jump higher with more power, the Nike team has gone deep into the research and development of the product.

Chad Troyer, the Air Jordan 37 Senior Product Line Manager has admitted that the “crash” aspect hasn’t been the focus of the shoes for a while. He said, “It’s a soft foam, and strategically placed in the heel to help with a stronger crash. The crash part is something we haven’t focused on in a game shoe in a while.”

The most important factor of any shoe will be the price. Nike has set the retail price for Air Jordan 37 at $185 for a pair currently. However, we all know that Jordans are extremely rare and they’re starting to be more of a historical item. We can definitely expect sneakerheads to get their hands on the shoes as soon as they’re released. Due to this, prices might skyrocket once the shoes run out of stock from Nike-authorised dealers.