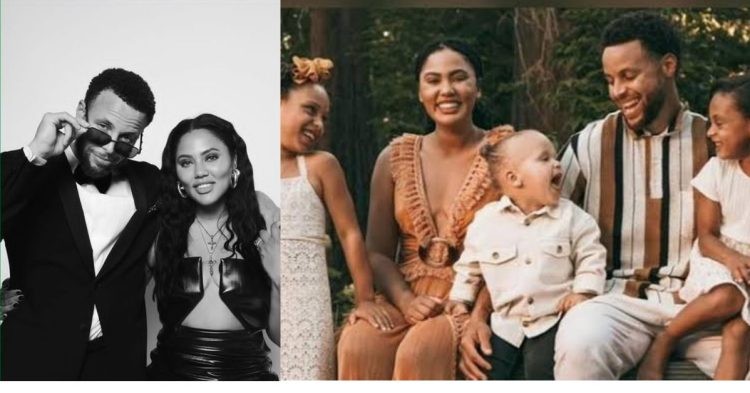 The GSW star at the teenage age of 15,  became interested in her but the latter was unsure. They reconnected in 2008 in Los Angeles, where Ayesha was pursuing acting and Curry came for the ESPYs.

Having met before, they decided to hang out and get to know each other as friends. Interactions evolved into the likeness and their fondness started to develop for each other

“I was 23; she was 22. But I knew I had found the right woman and I wanted to start a life with her,” Curry mentioned in an interview.

How many kids does Stephen Curry have?

A year later of their marriage, the Curry family welcomed their first child, Riley Elizabeth Curry on July 19, 2012.

From the mere age of two, whenever her father met the press following his game, she would often steal away the spotlight from her father.

And the cutest moment of the #KidsChoiceSports night goes to… 😊 pic.twitter.com/IMC1AGYR6P

3 years later, they welcomed their second girl child Ryan Carson Curry on July 10, 2015. The latter has been seen fiddling with her father after his matches. Below shows the father-daughter duo sharing a high five and a secret handshake.

After having 2 daughters, 3 years later, they welcomed their son, their third child, Canon W. Jack Curry on 2 July 2018.

The NBA star took to his Instagram after the birth of his son.

On becoming parents Stephen and Ayesha Curry have been quite happier and busier in their careers. The family of five never fails to attend the GSW matches with the spotlight on the cute moments of Stephen with his children.

The duo seems to be in a good relationship after their marriage as they recently celebrated their 11th marriage anniversary.