When Is Klay Thompson Returning to the Golden State Warriors Starting Line Up? 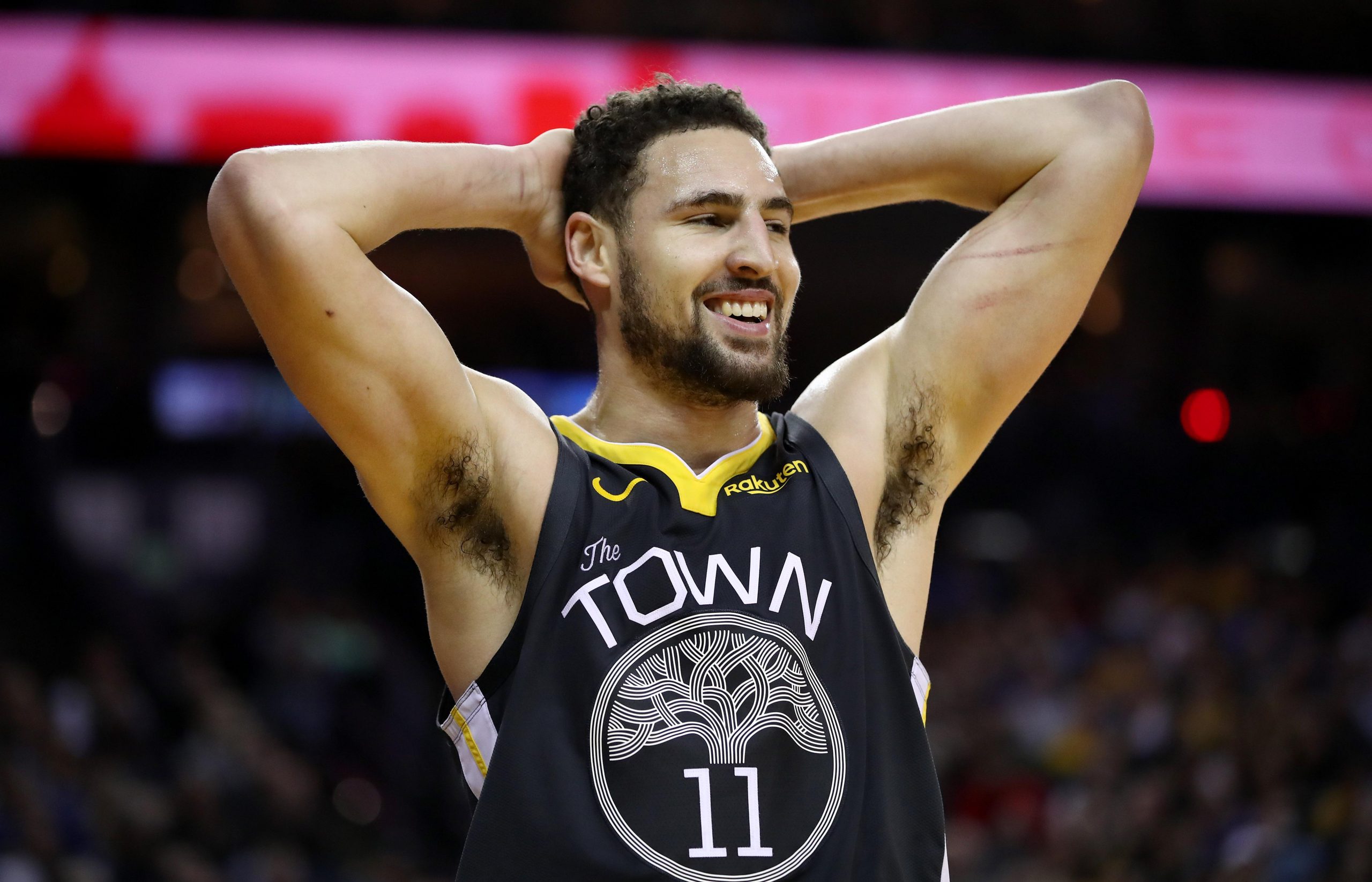 Klay Thompson is the shooting guard for the Golden State Warriors. He is one-half of the dynamic Splash Brothers duo and is an integral part of the GSW roster. Klay Thompson is talented, has a great basketball IQ, and is undoubtedly one of the best scorers in the league. Even after being injured in 2019, Thomspon secured a five-year deal worth $190 Million. After missing two seasons, undergoing surgery, and intense rehab, Klay Thompson and co are eyeing a return to the NBA and it’s sooner than one can think.

The Injury that kept Thompson off-court

The 2019 NBA finals were very important to both teams. The Toronto Raptors were chasing their first-ever NBA title and the Golden State Warriors were eyeing a 3-peat. Klay strained his hamstring in game 2 of the NBA finals 2019. He did however make a comeback in game 4 but tore his ACL in Game 6 after putting up 30 points.

Klay Thomspon missed the entire 2019-2020 season as he had to undergo surgery. He was back and ready to join Curry for the 2020-21 season but his comeback was cut short after he suffered an Achilles Tendon Injury against Los Angeles.

Also Read: “In My Opinion, They F****d It Up”: Kevin Durant And Draymond Green Talk About The Beef That Ended The Warriors Dynasty

Klay Thompson looks to make it splash on Christmas

Two seasons on the sidelines is frustrating. Klay Thompson has trained hard. He has gone through rehab, surgeries, and intense training so he can make a picture-perfect comeback in the league.

Klay Thomspon has been draining threes in the gym and is looking extremely good in the gym. The hype and anticipation for his return are over the roof. It is going to be extremely exciting to see Klay back with Stephen Curry draining threes from ranges only one can imagine.

The Golden State Warriors have a blockbuster game against the Phoenix Suns on Christmas day and Klay Thompson is looking forward to making a comeback for all seasons.

They are targeting the Christmas day game against the Suns. I know that sounds a little late to people, but he was injured on November 18th, so this is 13 months from an Achilles injury.

It is going to be an amazing atmosphere when Thompson drains his first comeback three and the entire arena erupts. Klay is a superstar. With him back on the roster, the Golden State Warriors may have what it takes to bring home another championship.