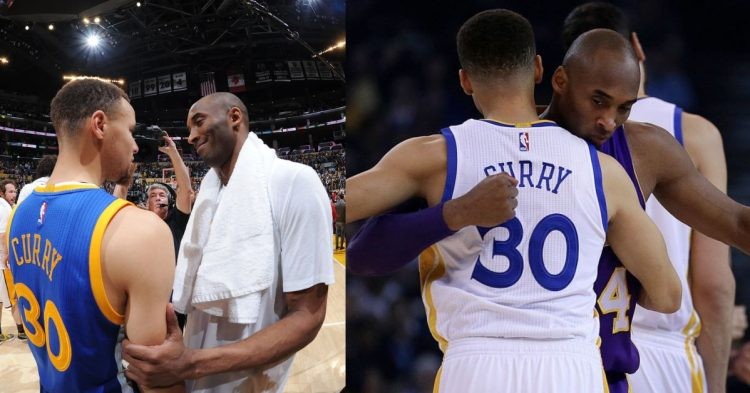 The NBA has given the best athletes throughout its history. A prime example of a proper player and professional would be the late and great Kobe Bryant. He never gave anything lesser than his 100%. He could be winning a game by 50 points and he’d still decide to try to increase it to 100. Although it is hard to impress him, one player to do that will be the one and only Stephen Curry.

Steph became one of the best players in the world with the help of his shooting abilities. Apart from LeBron James, he has had the most impact on the sport since his debut. The Golden State Warriors guard has changed the game style. Back then, three-pointers were not that common and not many players had the technical ability to go for shots from deep. Steph has done it and completely changed the notion.

In the 2012-13 season, the Lakers vs Warriors matchup had some serious talent. Both Kobe and Steph played in the exciting game. The Black Mamba chose to guard The Chef from the other half of the court. Even after a screen, Kobe was still on Steph.

As he tried to pull a few tricks against the former Lakers star, Steph lost his step and stumbled a little. As he got some distance between Kobe and him, Curry went for the shot. He made the three despite releasing it quickly after losing his step.

After Kobe watched the ball go in, he just had to smile. He gave a pat on Steph’s back as he smiled. His reaction got the attention of many as you can’t impress the great Kobe easily. Steph managed to do that and he has kept up that level of performance to this day.

That’s not the only time Steph impressed Kobe. Before his passing, he revealed what he was thinking about when watching Stephen Curry. He said, “I see a calmness about him… And I think it’s something that a lot of players don’t understand.”

We all know what is the calmness that Kobe mentions. Players nowadays are not like how the Mamba was back in the day. No matter what happened on the court, he was focused on playing his game in his way.

He also claimed, “And when a player has the skills, when he’s trained himself to have the skills to be able to shoot, dribble left, right, etc., and then you mix that with this calmness and poise, and you have a serious, serious problem on your hands.”

You need to have some serious talent and dedication to earn the respect of the most hardworking player in the history of the NBA. It makes sense how good Steph has become if you think about how hardworking he has been since day one. Seems like Kobe knew that he was going to become the greatest shooter.