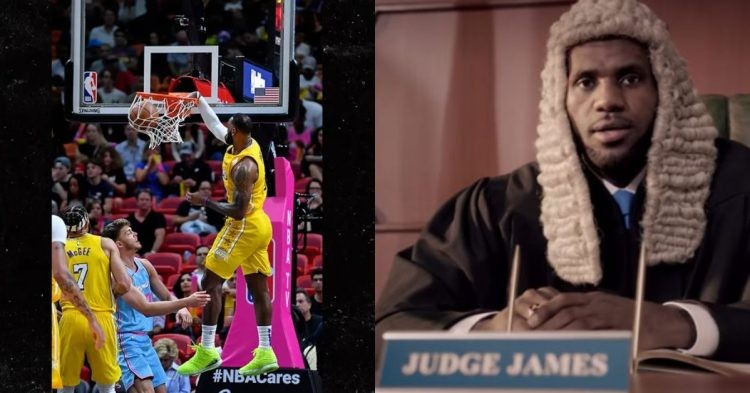 LeBron James is the biggest fish in the ocean full of NBA players and sports athletes. King James has 27 million followers on Facebook and 127 million followers on Instagram. He’s the most influential name in the sport and hence he becomes the target of people attempting to use his name to grow themselves. One of whom was a photographer that took it too far.

As much as people believe that LeBron James is a close number 2 to Michael Jordan, he is also in the running every year for the most hated player. LeBron has led the league in many a statistical category but did you know that he also leads the NBA in most negative tweets received per month?

We scoured the internet over the last few days to figure out which NBA player is the most hated.

It means that he’s always been relevant because of this love-and-hate relationship he has with NBA fans. It all began with his ‘decision’ and he’s still paying for his sins.

This story began in early 2020. LeBron James and the Los Angeles Lakers took on the Miami Heat. During the game, LeBron James pulled off a picture-Esque dunk that would need everyone’s jaws having to be picked up from the floor. James certainly believed that. He found a picture of that dunk and posted it on his Facebook account.

However, the photographer, Steven Mitchell, that took the picture had other plans.

“You’ll be hearing from my lawyer.”

That comment left by the photographer began a legal feud no one was ready for. LeBron James promptly took down the post after the lawsuit was filed. But Mitchell argued he was allowed to use the photo without permission if he wasn’t trying to make any money from it. And even though James was not making any money from the post, Mitchell’s claims stood.

“The parties thus jointly request twenty-one days to memorialize and execute the agreement in writing, after which time the parties intend to file a stipulation of dismissal with prejudice.”

The case was settled privately and put an end to this madness. It also sent a message to others planning to pull such a thing with a high-profile celebrity or sports star. With great fame comes great responsibility.