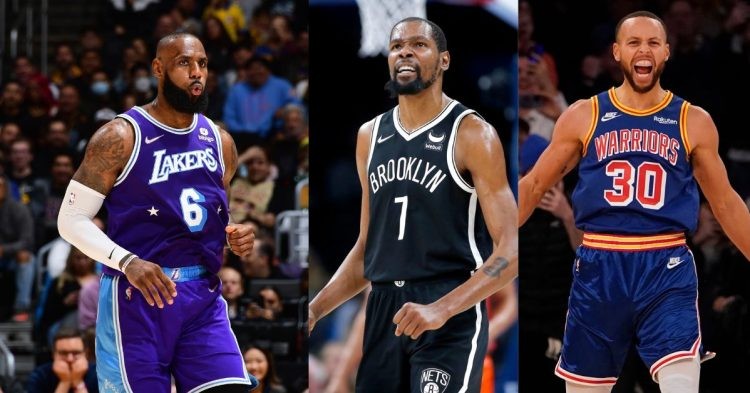 The NBA is one of the most famous leagues in the world. In terms of basketball, it generates billions and billions of dollars each season in revenue. With that, the players also get decent amount of salaries to play in the NBA. Stars like LeBron James, Stephen Curry, and Kevin Durant have made their fortunes on the court.

The highest paid NBA players’ was recently updated after a player signed a new contract extension. It was none other than King James. He committed to two more years with the LA Lakers with a new lucrative contract.

At the end of his new contract, LeBron would have made $532 million throughout his illustrious NBA career. Currently, he has received most of his salary from the Cleveland Cavaliers with about $169 million. And the Miami Heat have paid him around $64 million for his 4 seasons with the franchise.

LeBron took the top spot from Kevin Durant, according to sportrac. KD has been in the NBA since 2007. KD would have made about $498 million at the end of his contract in 2026. He has played for various teams such as the Oklahoma City Thunder, Golden State Warriors, and now the Brooklyn Nets. It will be intriguing for fans to see where he lands next amid his current trade saga.

After KD, Steph sits in third place with the $470 million he is expected to earn at the end of his current contract that is valid till 2026. Unlike his former teammate, Steph has stayed with a single team and has received all the money from the Golden State Warriors only.

Another one of the players to make it onto the list would be Washington Wizards star, Bradley Beal. Earlier this year, the Wizards tied him down to a 5-year supermax contract that is worth more than $250 million. This is Beal’s tenth year in the NBA, and it seems like he hit the jackpot at the best time.