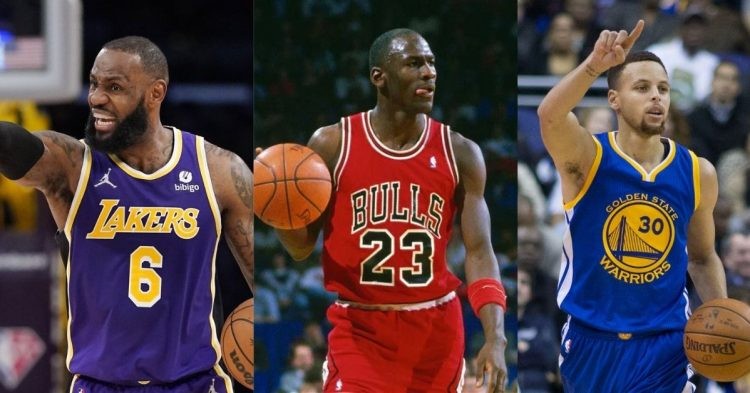 The Best NBA Player ESPY Award is an accolade presented every year to the players in the league. It is for the athletes who are considered to be the best that year. The awards began in 1993 and have continued since then for almost 30 years now.

The NBA has seen a vast horde of talented athletes from the early 90s till the 2020s Therefore, one must wonder who has won this award the most. It is important to keep in mind that only 14 players have won this award. Therefore, this means some of them won multiple times over the past 3 decades.

It is not surprising to see that King James leads the list by far and has won the award multiple times in his career. He has been awarded the accolade 7 times so far. This speaks to the public impression of LeBron James as well as his play and impact on the court.

The awarding panel consists of sportswriters, broadcasters, and various experts in the field. Therefore, they can be considered quite unbiased and impartial to variables that ordinary fans would be usually impressed with. This also brings some form of legitimacy to being given this award.

King James first won the ESPY award in 2007. Not many would remember that he carried the Cleveland Cavaliers to the NBA Finals just 3 years after entering the league. Therefore, he was rewarded with winning this award at a young age. He also went on to win in 2009 despite being eliminated in the conference final by the Orlando Magic.

LeBron won back-to-back ESPY awards for his back-to-back titles in 2012 and 2013. However, this is somewhat eclipsed by the fact that he won the award thrice in a row. This was in 2016, 2017, and 2018 for singlehandedly carrying the Cleveland Cavaliers to consecutive NBA Finals.

Michael Jordan is the only other player to even come close to winning this many times. He won the award 4 times in 1993, 1997, 1998, and 1999. This was during his stretch of dominance with the Chicago Bulls.

It is interesting to note that only one other player has won this award more than twice. Kobe Bryant, Tim Duncan, and Hakeem Olajuwon all won exactly twice. Steph Curry recently won his 3rd ESPY award in 2022. The rest of the “Hall of Famers” in the list including Durant, Giannis, D-wade, and Dirk have not won more than a single time.