Which Team Has the Most Championships in NBA History? 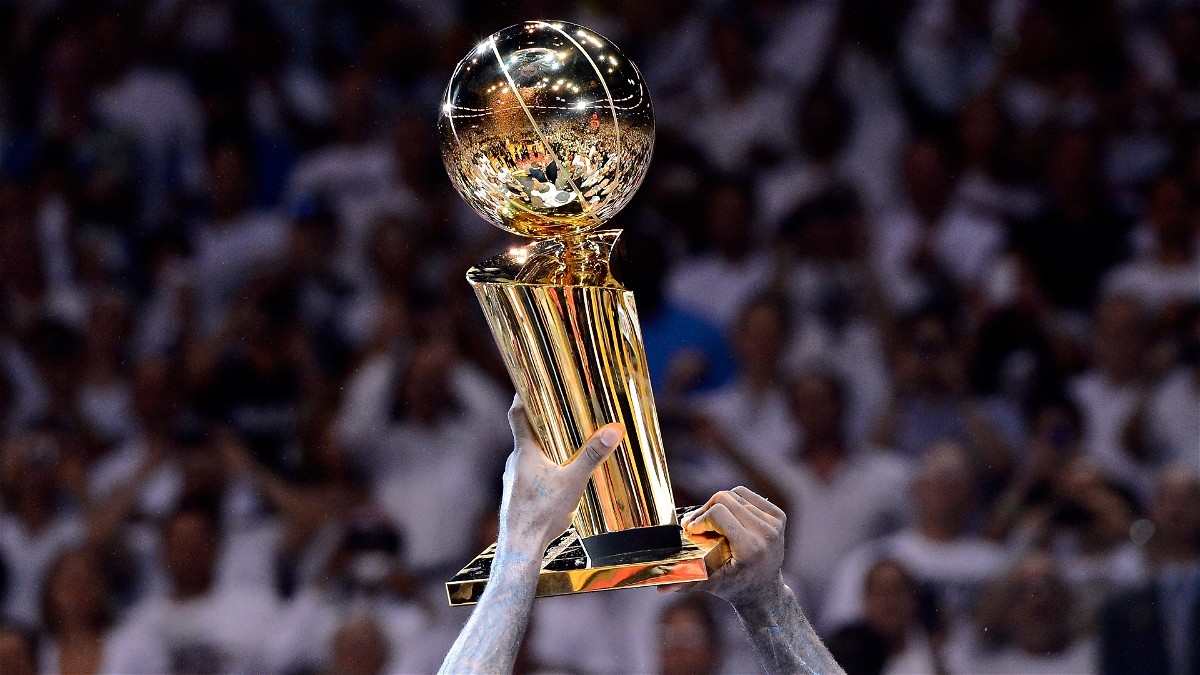 The NBA marks its 75th birthday this season. That means it has been three-fourths of a century since basketball teams from across the United States of America battled it out for ultimate glory. Out of the 30 active teams in the league, 19 have won the NBA Championship at least once.

But some have inevitably pulled ahead of others, and two teams have gone on to account for 45% of NBA Championships in history. Here are the top 5 teams to ever do it in the NBA.

The youngest team on this list, with only 44 out of 74 NBA seasons under its belt, the Texas-based team has been a Western Conference powerhouse. The emergence of Tim Duncan in 1997 to be paired up with veteran David Robinson to form the Twin Towers made the Spurs frontrunners in the West.

2 championships were won before Robinson eventually retired in 2003, and another big 3 was formed. Manu Ginobili and Tony Parker aided Duncan in winning 2 more championships in 2005 and 2007. Kawhi Leonard then came in to help the Spurs storm to their 5th title in 2014.

The Warriors famously traded away Wilt Chamberlain without really gaining any success during his time at the team. Winning their first 2 titles under different names, the Golden State Warriors were officially christened so in 1971 and have won 4 championships since. Rick Barry led them to the 1975 title, infamously sweeping the favorites, Washington Bullets, and causing a major upset.

After decades of sporadic success and languishing at the bottom of the standings, the Warriors’ fortunes changed with the arrival of Stephen Curry. Steve Kerr’s arrival and immediate impact on the team after consistently solid draft choices in the past years propelled the team to greatness.

The team dominated regular seasons like no one before and went on to win 3 championships. Kevin Durant was Finals MVP in 2 of those. Likewise, Klay Thompson and Draymond Green acted as All-Star caliber starters.

It is no surprise that every one of the Bulls’ championships came during the Michael Jordan years. After picking MJ at #3 in the 1984 draft, the Bulls bided their time to build a team around him. By 1991, Jordan was the leading scorer in the NBA season after season. Scottie Pippen teamed up with him to deliver the first 3 championships to Chicago before Michael’s shock retirement.

With Phil Jackson still at the helm, Michael announced his return for the 1995-96 season and the Bulls were instant favorites. Their bench of Kukoc, Kerr and newest starter Denis Rodman were key elements of their championship runs. They threepeated again, with Jordan claiming 3 more Finals MVPs to the already existing 3 before retiring for a second time, thus sealing his final appearance for Chicago.

The showtime Lakers share a storied rivalry with the only team that matches up to their championship tally. But it was not even back in the day. After George Mikan led them to their first 5 championships, the Lakers with Jerry West and Elgin Baylor encountered a supreme Celtics side that beat them in 6 Finals in the 1960s.

After Jerry Buss purchased the Lakers and drafted Magic Johnson, a new era of success and showbiz was ushered in for the Los Angeles team. In the 1980s, the Lakers got the better of Boston twice in three meetings in the finals en route to winning 5 championships in 9 years. Kareem Abdul-Jabbar, Magic Johnson, and James Worthy formed a fearsome team that dominated the 80s both on and off the pitch.

Eventually, Pat Riley departed and the Lakers drafted Kobe Bryant. Kobe paired up with Shaquille O’Neal under legendary Bulls coach Phil Jackson to bring home a three-peat of championships again. Shaq’s tumultuous relationship with Bryant made him leave the franchise but the Lakers soon returned to glory winning 2 more championships in 2009 and 2010.

Their latest championship was delivered by none other than LeBron James himself in the NBA Bubble. And with the formation of yet another superstar trio with the acquirement of Russell Westbrook, the Lakers will contend for more in the years to come.

Tied at 17 championships with the Los Angeles Lakers, the historic side grew in prominence in the 1950s. Under coach Red Auerbach and their draft-day signing, Bill Russell, the Celtics won a record 8 consecutive titles in an era of utter dominance by their iconic player, Bill Russell. He was aided by a cast of Bill Sharman, John Havlicek, KC Jones, and Satch Sanders.

Russell’s retirement as the most successful player of all time did not slow the Celtics down one bit. Their newest star, Larry Bird, made sure of that. Winning thrice and losing twice against the Lakers in the 1980s, Bird and his co-stars Kevin McHale and Robert Parish brought back 3 championships to Boston.

What followed Bird’s exit was an extended period of rebuilding for the Celtics till the arrival of Paul Pierce in 1998. But it was not till 2007 when the Celtics brought in Kevin Garnett and Ray Allen that the Celtic returned to winning ways after 22 years. They won the 2008 title in Game 6 against the Los Angeles Lakers yet again before succumbing to them in the NBA Finals the next year.

The team closest to increasing their number of championships this season is the Golden State Warriors. And the Chicago Bulls are also a force in the Eastern Conference. Which one of them will get to that elusive 7th title first?