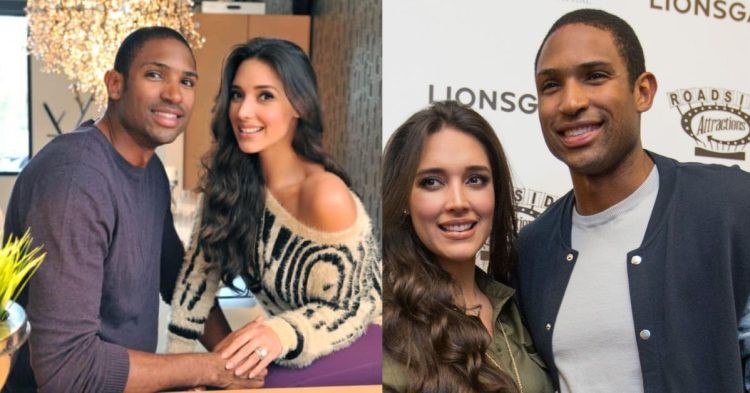 Horford is a 5x All-Star in the NBA, and last season’s runner-up in the finals with the Celtics. Let’s take a look at Horford’s life off the court.

When did Al Horford get married?

Al and Amelia met each other in 2009 during the Latin Pride Awards which was held in Boston. The couple dated each other for 2 years before finally deciding to tie the knot on December 24, 2011.

The 5x NBA All-Star and former Miss Universe are going strong since their marriage. The couple has spent a little over a decade together. They have committed to each other and supported each other in all their endeavors. One can see in their Instagram posts, how the couple regularly posts pictures of their family.

Who is Amelia Vega, the tallest Miss Universe to date?

Amelia Vega was born on November 7, 1984, to Otto Miguel Vega Rasuk and Patricia Victoria Alvarez. Both the couple are citizens of the Dominican Republic. Vega is a model and represented her country.

In the spirit of the upcoming #MissUniverse2020 Finals, I’ll start posting some interesting trivias about the pageant.

Who are the shortest and tallest Miss Universe winners?#InRandomOrder #MissUniverse pic.twitter.com/oFs3mfH5TE

Vega won the Miss Universe Pageant in 2003, defending the Dominican Reblic crown on stage. Amelia is astonishingly the tallest Miss Universe to date since 2003 and one of the youngest to win the award at the age of 18.

Does Al Horford have kids?

Yes, the Boston Celtics veteran and former Miss Universe have a total of 5 kids among them since their marriage in 2011. Last month, Horford and Vega welcomed their 5th one to the family.

Al missed a couple of games due to COVID, but the Celtics’ big man took leave for happier reasons. Horford and his wife welcomed Mila Horford Vega on December 12, 2022. Amelia shared a post on Instagram welcoming their newest member to the Horford Vega family.

The Couple has a son and four daughters, Ean Horford, Nova Horford, Alia Horford Vega, Ava Horford Vega, and the latest being Mila. Al is affectionately referred to as “Papa Al”, by the Celtics fans.

Al’s father Alfredo William “Tito” Horford, just like his son played in the NBA. However, Tito played for 2 teams in his entire career. He played for the Milwaukee Bucks from 1988 to 1990, and Washington Bullets (now Washington Wizards) from 1993-1994.

Al Horford’s Dad, Tito was selected by the Bucks in the 1988 draft. His career took him from Wisconsin to Europe and Brazil. His mum, Arelis Reynoso was in the Dominican baseball community. Al fell in love with basketball after visiting his father in Brazil. The rest is history💫 pic.twitter.com/eN45yZlPsI