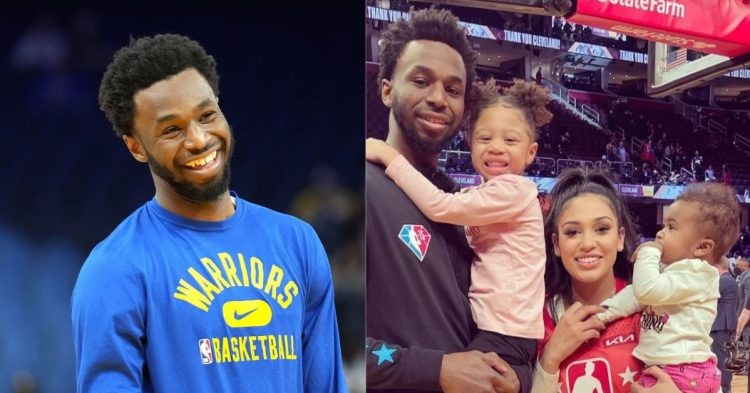 Andrew Wiggins is a professional basketball player, playing for the Golden state warriors. Wiggins has won an NBA title with the Warriors and was selected for the NBA All-Star last year. Along with this, he won the NBA Rookie of the Year in 2015. The 27-year-old is just the 2nd Canadian international to be picked No.1 overall in the NBA draft.

The Warriors’ small forward is currently dating a former basketball player, Mychal M. Johnson. Unlike Wiggins’ life being under the spotlight, Mychal is far away from the media’s attention. However, Mychal played and represented the University of Notre Dame. The two supposedly met each other during their university days.

Mychal Johnson is an Afro-American and lives with Andrew. She is considered to be around the same age as Wiggins, who is 27 years old. Often, when you are dating a celebrity, your personal life, comes under the spotlight. However, the same cannot be said about Mychal, whose personal life is well beyond the media.

How many kids does Andrew Wiggins have with Mychal Johnson?

“You can go to work or somewhere and not have the best day and come home and my daughters are just there waiting for me. They’re always happy, always in a good mood. I always feel so much love so they keep me going.” Said Andrew in an interview with E! News.

Andrew is quite happy with his life outside the basketball court and is sure to improve his season. The Warriors forward is averaging 17.9 points, 2.3 assists, and 5.0 assists this year. The Warriors are not where they are supposed to be and having a rough time. As mentioned above, Wiggins does get away from the worries when he gets back to his daughters and girlfriend.