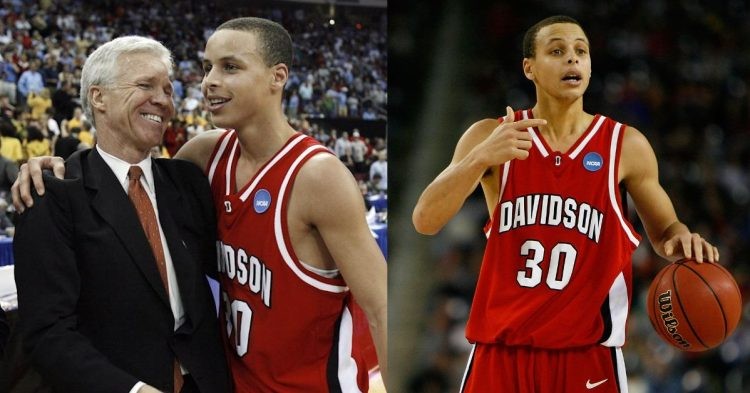 The Davidson College in North Carolina is one of the oldest institutions to exist. The college has sent world-class players over to the NBA over the years. The most popular player we know is NBA Champion, Stephen Curry.

Apart from Steph, there were a number of Davidson players who made their way to the NBA. Fred Hetzel, Rod Knowles, Mike Maloy, and Dick Snyder were all from Davidson. All four of these players made their NBA debuts in the 1960s and 70s. The only player to have played more games than Curry would be Dick Snyder, who had a career that lasted almost 13 years.

The college has had talented players for sure. But one individual we shouldn’t ignore is their former head coach Bob McKillop. He led the Davidson Wildcats for 33 seasons before retiring this year. Steph even tweeted about his former coach’s retirement news.

Love you Coach! Thank you for everything you’ve done for me, my family, Davidson, and every person you’ve impacted along the way. #TCC #greatdaytobeawildcat https://t.co/hG266yUyst

The 72-year-old is one of the main reasons we have a Steph today. He was also vital to how Stephen Curry performed in his rookie year.

McKillop is a Naismith Basketball Hall of Fame nominee. He was given that honor after leading the team to more than 600 wins in the NCAA Division I. The Wildcats have won 11 SoCons and 2 Atlantic 10 titles under him, along with 10 NCAA Tournament features.

Steph’s numbers are out of this world when McKillop was his coach. The Golden State Warriors star played at Davidson for 3 years, from 2006 to 2009. In 104 games, Steph averaged 25.3 points, 3.7 assists, and 4.5 rebounds per game. The numbers are extremely impressive for any college athlete. In the three seasons that Curry was with them, Davidson had a record of 85-20.

Steph’s legacy at Davidson is unmatched. His impact on the college is still present to this day. Recently, DC announced that Steph will receive his Sociology degree this year. Reports mention that he wrote a thesis on gender equity in sports to earn the degree.

There is no doubt that he is their best-ever player. Curry’s performance at the 2022 NBA Finals got Davidson to retire his jersey. A historic and memorable fear for the Chef for sure.