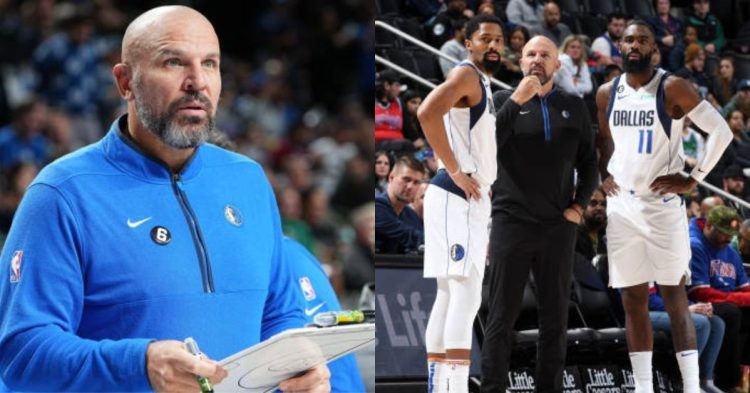 One of the main reasons behind the recent growth of the Dallas Mavericks can be credited to its head coach Jason Kidd. Jason Kidd, who is a former NBA player with prior experience is leading the Mavericks toward the win. Apart from being a former player in NBA, he was also a coach.

Jason Kidd’s coaching career began in 2013 with the Brooklyn Nets for a season. He leads them to a 44-38 record and along with an appearance in the Eastern Conference Semifinals. Since the NBA-ABA merger in 1976, he is the third person to become a head coach in the season after retiring as a player. As a rookie head coach, he earned 2 awards in the Eastern Conference Coach of the Month.

Next, in 2014, he became the head coach of the Milwaukee Bucks. Later he served as an assistant coach with the Los Angeles Lakers for two seasons. There he was also a part of the NBA championship of the 2020 season.

Currently, he is serving as the head coach of the Dallas Mavericks. Before this, Jason was an NBA player who played for 4 teams. Let’s take a look into detail into Jason Kidds’ NBA career.

Drafted by NBA in 1994 by the Dallas Mavericks Jason Kidd spent two-and-a-half seasons there. He was the Rookie of the Year, averaging 11.7 points, 5.4 rebounds, and 7.7 assists in his first season. In 1996 he was traded to the Phoenix Suns playing for 5 seasons. From being ranked among the top 50 to NBA All-First and All-Defensive Team three years in a row, his career saw a rise.

Following this in 2001 Kidd’s trade to the New Jersey Nets came into effect. There he got the chance to play alongside rookies like Richard Jefferson, Jason Collins, and Brandon Armstrong. His trade led the Nets to the playoffs, the Eastern Conference title, and the NBA Finals for the first time. Apart from this he was selected to the All-NBA Second Team and was named the NBA All-Defensive First Team in 2005.

Following this, in 2008, Kidd was again traded to Dallas Mavericks, where he was originally drafted. In 2009 he made a $25 million 3-year contract with Mavericks. With Kidd on the team, Mavericks reached the Conference Semifinals for the first time. In total Kidd played for eight seasons which led them to win the 2011 NBA title.

Last but not the least he got signed by the New York Knicks in 2012 where he played for a season. Following this, his news of retirement came on June 3, 2013, after playing for 19 seasons in the NBA.

Thus, Jason Kidd had a good NBA career and his experience is proving to be a benefit for the Dallas Mavericks today.