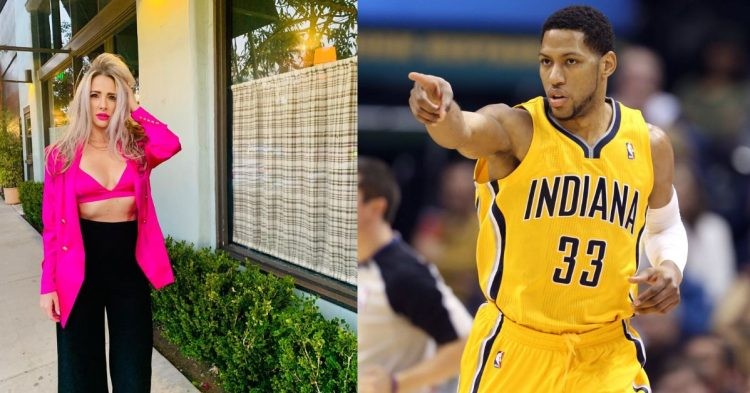 There have been many NBA players who suddenly appear in the spotlight. That has been the case with Danny Granger, who has been trending pretty heavily in recent times. The reason for that may surprise many since it wasn’t because of his basketball career or something related to the sport.

Recently, a standup comedian who goes by the name of Brittany Schmitt, let the entire world know of the Jehovah’s witnesses in the league. Now Jehovah’s witnesses are Christians with nontrinitarian beliefs. According to many, Jehovah’s witnesses have different views compared to Christians. So far, there haven’t been many NBA players to follow the faith except three. They are Darren Collison, Danny Granger, and Dewayne Dedmon.

During her comedy show, Schmitt mentioned, “I got a call from one of the guys I used to hook up with in the NBA. I thought he was calling to talk about the glory days.” As she made a few expletive jokes, she said, “he called to tell me that he’s now a Jehovah’s witness, and I should repent. And I started laughing”.

She also said, “My husband was like, ‘babe, have you ever Googled how many ex-NBA players are Jehovah’s witnesses?’ ‘And I was like no, why?’ ‘He’s like, there’s two!’ So when you guys go home tonight and do that Google search, just know, he was the light-skinned one.”

Many fans have claimed that it would be former Indiana Pacers player Danny Granger, mainly because of his skin tone. In addition to that, he was one of the players to become a Jehovah’s witness after retiring from the NBA. Although it is unknown if the pair really dated, fans have started to speculate.

One immediately guessed that it was Granger, who is supposedly more light-skinned than the other two players. He was in the NBA for 10 seasons and 11 years. The main reason for his retirement was not the faith, but his injuries.

Who is Brittany Schmitt’s husband?

Comedian Brittany is married to Chris Rutkowski, who is also in the same industry as his wife. In addition to that, Chris is also a musician with a knack for music technology.

The couple tied the knot in 2017, and have posted many images of each other online. Brittany posted on her Instagram page on Chris’ birthday last year. It seems like her husband helped the fans figure out Granger might be the NBA player his wife used to date back in the day.