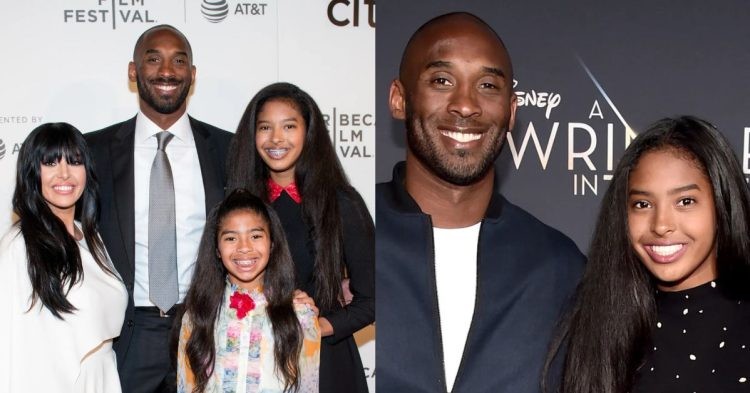 Kobe Bryant was one of the greatest basketball players. He tragically passed away in January 2020 in a helicopter crash, together with his daughter Gianna and a few others. The entire world mourned the loss of a legend and a young girl who had all the talent in the world to become the next big thing in women’s basketball. Kobe and Gianna left behind their huge and beautiful family. Natalia Bryant was also one of Kobe’s daughters.

Vanessa and Natalia Bryant out in Italy 💕 pic.twitter.com/b5K0aEUVzu

Not many know who Natalia is, mainly because Kobe’s wife, Vanessa, has kept her out of the public. This happened after her husband’s death, and it appeared like Vanessa wanted her to lead a private life with her other two daughters.

Natalia was born on January 19th, 2003, and she is currently 19 years old. She was the oldest daughter of the former LA Lakers superstar. Natalia is currently majoring in film at the University of Southern California.

As we all know, Kobe had a daughter that played basketball, Gianna. Does the Bryant family have another girl who plays basketball? It seems like volleyball was the sport that interested Natalia the most. When she was at Sage Hill High School, Natalia used to play volleyball for the varsity volleyball team. An astonishing fact is that she was the captain of the team as well.

In an interview, Natalia revealed that her mother guessed many years ago that she would develop a love for the sport. Despite being good at it, Natalia decided to quit playing volleyball before college. She told Teen Vogue, “I quit volleyball after the accident because I was so … a lot was going on at that time. I knew I didn’t love volleyball as much as they love basketball. I’m okay with that.”

The 19-year-old is now a model after signing with IMG Models and seems to be doing tremendously well too.  She has even collaborated with the legendary Beyonce, for Adidas’ Ivy Park campaign. She has made appearances at the 2022 Vanity Fair Oscars Party as well. It seems like it’s only a matter of time before Natalia Bryant becomes a huge celebrity in the modeling industry in the coming years.