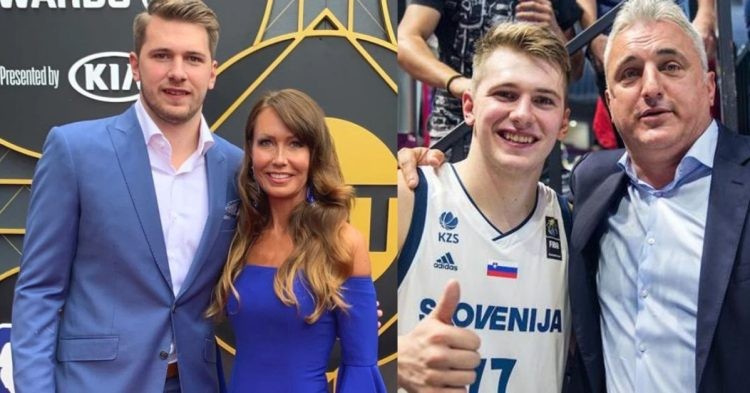 Luka Doncic is a young star for the Dallas Mavericks. He has brought them back into relevance and contention after joining the league in the 2018 NBA draft. Those who are familiar with Doncic know he is from Slovenia. He played for Real Madrid in the Euro league and soon took his talents to the NBA from there.

Sasha Doncic, a former Slovenian player and now coach, is his father. We already know Luka got his genetics and love for the game from his dad.

With that being said, not many of us are aware of who his mother is and what she is currently doing. It is important to know who Mirjam Poterbin is, besides being the mother of the Dallas Mavericks star.

There is a statistic that indicates that more than 50% of marriages end in divorce. Unfortunately for Luka, his family broke up and his parents separated when he was only 7 years old. The reasons behind their marriage and falling apart have not been revealed. His mother Mirjijam was a Slovenian Model and even participated in the Miss Slovenia pageant in 1993. That was obviously many years before she gave birth to Luka.

Mirjam even went on to be a temporary host for popular shows like “Wheel of Fortune“. However, all of that came to an end soon. She then went on to take care of and run a beauty salon with her mother. Poterbin was also given custody over her son after the divorce proceedings.

She supported and encouraged her son’s dream to be a basketball player as much as any mother would. However, since she could not actually physically play with or train him, all his off-the-court business came under her control and supervision.

That seems to have become a problem now as she is currently engaged in a legal battle with Luka. This can be considered somewhat hypocritical considering that she owes a great deal of her success to her son. In fact, according to the Biography Gist, Mirjam Poterbin has a net worth of over $5 million dollars. Her career as a model and entrepreneur has been reborn in present times.