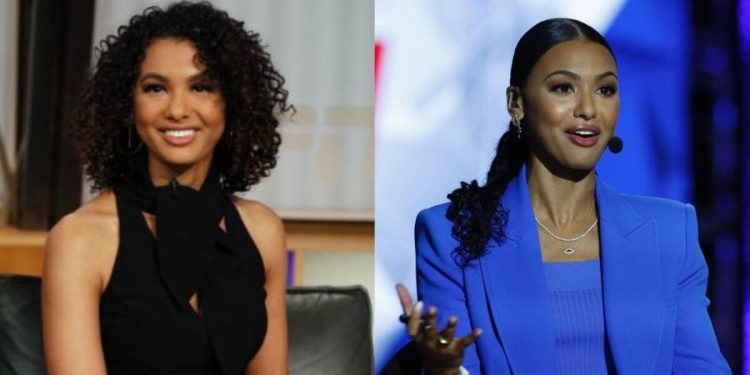 The 2022 NBA Draft is up for a pleasant twist. Malika Andrews is a journalist and reporter. She is also the host of “NBA Today” and is a now popular face in connection with the league. Andrews has been rewarded for her work ethic and determination. She is now the first woman to ever host the NBA Draft.

Tonight, Malika Andrews will make history as the first woman to ever host the NBA Draft. pic.twitter.com/m1eJHAfXpc

One must wonder what she has done or gone through in order to deserve this role. There is no real list of accolades required to conduct the NBA Draft in the first place. Be that as it may, it would interest many to know who she is and how she got here.

Malika Andrews has seen all the different sides of the NBA

Andrews started her career primarily as a reporter. She was dealt what would be considered near a “death sentence” for a journalist’s career during a postgame press conference. It is amazing that she has put in the work to get past this situation. A random viewer will not understand the magnitude fully. It is important to enter the mindset of a reporter trying to establish a reputation and a career.

Malika interviewed Giannis Antetokounmpo and the Milwaukee Bucks after they had been eliminated by Kawhi Leonard and the Toronto Raptors. Additionally, the Bucks had lost 4 games in a row after being up 2-0 in the series and were not in a good mood. Andrews chose this moment to ask the Greek Freak a horribly worded question.

What Malika asked Giannis was, “At this point you know sometimes it takes experience. I was wondering now that you have some of that experience if you see more validity to that point or what you think about that now that you’ve gone through it“.

Even a fully educated person would be confused by a question like that. Let alone a player frustrated coming off being eliminated in the Conference Finals.

Giannis, whose English was not the best at that time, decided the best thing do is just leave. Khris Middleton covered and attempted to decipher the badly worded message and answer it. This should have damaged Malika’s career permanently. It is no passing act to have an NBA star walk out on you. She has since then done countless interviews and flawless reporting to cover up this blemish.

She has now finally been rewarded for not giving up after making a mistake. This is why she now makes NBA history as the first female draft host.