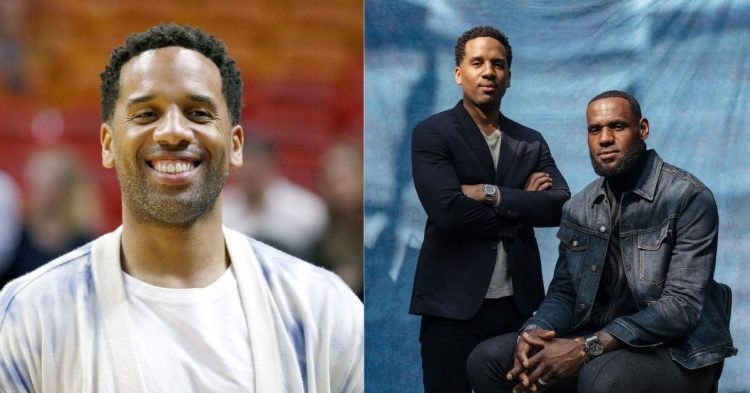 Maverick Carter is a sports agent for several high-profile NBA athletes. LeBron James is his longtime client and friend. They have been together for many years now and have engaged in several business schemes, investments, and more.

One must wonder who Carter is and why LeBron values him to his extent. Moreover, it is also important to know the roles Maverick plays considering he is also considered King James’ closest friend and business partner. Knowing the origin of their relationship will help in understanding all of this better.

Once a potential superstar joins the NBA or even before that, his life changes. The media attention as well as the franchise’s popularity elevates its market value enormously. It can be compared to going from a minimum wage worker to a CEO overnight. Therefore, it is actually difficult for these stars to retain their initial friendships and relationships with people in their lives.

The two business partners went to the same high school, St Vincent St Mary’s. After all, high school was where King James first came into the radar as a potential NBA draft prospect. However, they did not really know each other well back then as Carter was older than Bron. Maverick soon finished high school and graduated from the University of Akron and began an internship with Nike.

Reports show they met back in 2001, LeBron set up his first endorsement deal through Maverick. It is important to know that this shows a sign of trust at a young age. Carter has also been the 4x NBA champion’s sports agent for 20 years now. He has been instrumental in the creation of the “player empowerment” we are witnessing today. Carter was also a variable in LeBron’s decision to join the Miami Heat in 2010.

The two close friends are also owners of a company. It is an entertainment and recording company called “Springhill entertainment“. Additionally, Carter also helped Bron in building a school back in their hometown of Akron. There have been several business ventures the two have participated in.

As far as Springhill entertainment goes, LeBron has the powers of the chairman, and Carter, the CEO. Carter is not nearly as wealthy as his old friend. However, he has an impressive net worth of 50 million dollars. He clearly has his own skills and value which is why both friends value each other professionally as well.