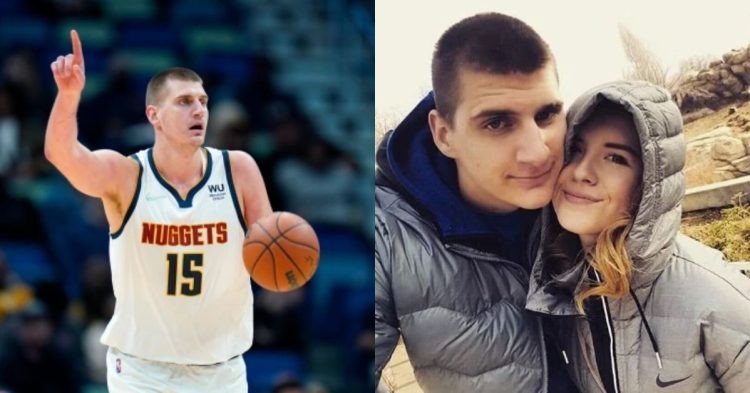 Nikola Jokic is a center for the Denver Nuggets. He recently was awarded back-to-back MVP in the NBA for his play with his team. It is not well known to many people that the Serbian player is actually married. His wife’s name is Natalija Macesic.

One must wonder when this couple met and how their relationship developed. Nikola is quite famous for his prowess on the court. However, surprisingly little is revealed about his personal life. Therefore, fans must wonder who Natalija is and what impact she has had on the Joker’s life.

It is important to note that Jokic is not from the USA. He was drafted to the NBA and began his career in 2015. Since then he has carried Denver back into relevance and made a significant impact on the league. This means that he met Natalija Macesic and began their relationship in high school while they were both still residing in Serbia.

Congratulations to Nikola Jokic on his wedding day with long-time girlfriend Natalija Mačešić.

Natalija is no ordinary housewife. It would surprise many people to know that she is a psychologist by profession. Additionally, she is also an athlete much like her husband. She was a high school level volleyball player and even played in the United States. She went there to pursue her education. There is no real reason why other than the fact that Serbia probably does not have good psychology courses.

The Joker and Natalija have known each other since 2013. They got married in 2020 after Nikola carried his team to the Western Conference Finals in the Orlando bubble during the Covid pandemic. It would interest people to know that they did not tie the knot in America. Instead, they decided to go back to their roots and got married in a place called Sombor in Serbia.

Natalija has proven to be the biggest supporter of Jokic. He does not have an Instagram account and avoids the use of social media. She is active, on the other hand, and even follows some of his fan pages.

She wanted their relationship to stay as lowkey as possible to protect their privacy. However, her husband’s success has drawn attention to the couple’s relationship over the past few years.