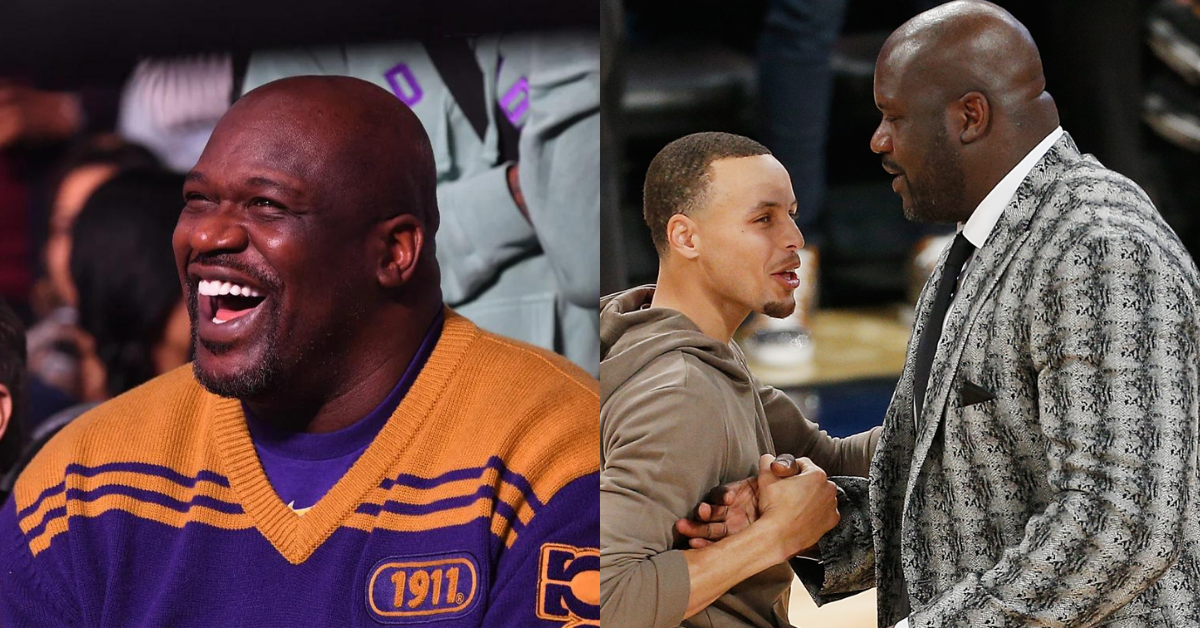 Shaquille O’Neal played in the NBA from the early 90s to the late 00s for 19 whole seasons. He grew up watching players like Kareem or Wilt. And he played with and against some of the greatest stars in NBA history. Players like Michael Jordan, Kobe Bryant, and LeBron James have all played with Shaq. He has a ton of respect for them but did not idolize any of them. Shaq himself was an all-time great. He was a multiple-time champion and a Hall of Famer.

He’s seen the league change and he’s seen the league grow and has given his opinions on it on countless occasions. As part of ‘Inside the NBA’, he’s been given a platform to share. However, 9/10 people think of Shaq as a hater. Shaq is very critical of the modern NBA and the lack of quality big men. But even through all his hate, he has one player that he believes to be his favorite.

Shaquille O’Neal’s favorite player in the modern NBA is Stephen Curry. It’s no surprise that Shaq likes players that spearheaded a dynasty just like he did.

“The reason why Steph is my favorite player is that I have never seen anybody do it as he does. A lot of people think I am a hater or whatever, but it’s not that I’m a hater. It’s just that I have seen real greatness. If you are not equal to or above that, you get no props from me. Steph Curry, I’ve never seen it. I would actually go pay to see him. And the more I hate on him, the more he shuts me up.”

Shaq and Curry are glaringly opposite NBA players. One is a fast and nibble guard with great handles and the best shooting of all time. Whilst the other is a 7-foot bully that dominates any matchup in the paint with brute force. Yet they were the only players to bring radical changes to the league.

Shaquille O’Neal was the reason for a change in the baskets used and was the reason Hack a Shaq existed. However, Curry’s light’s out shooting made every team in the league focus on perimeter-centric play. That’s probably why Shaq’s favorite is Chef Curry.