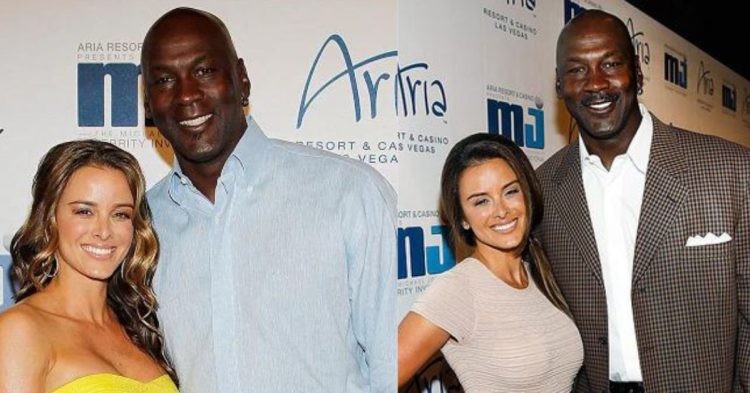 There aren’t too many sports fans in the world who don’t know who Michael Jordan is. He is a 6x NBA champion, the cornerstone of the Chicago Bulls dynasty, and perhaps the greatest player of all time. We all know about his accomplishments on the basketball court. However, few know about his current romantic partner Yvette Prieto.

One must wonder more about the woman who is involved with “His Airness“. Her professional accomplishments in this world must not be sidelined because she is the wife of the GOAT. Here is all you need to know about Yvette’s backstory and what she has done with her life.

Michael Jordan is married to Yvette Prieto; a professional businesswoman, and model

Yvette is part Cuban and part American. She grew up in Miami and completed her degree in business management. Additionally, she went on to work for “Beets the LBS” and “Aqua Management“. Prieto saw some success but was interested in modeling. It turns out she had a natural tendency for the ramp and found it to be worth pursuing.

Thus, she made a name for herself by modeling for a famous designer called “Alexander Wang“. Moreover, she also tried her hand at acting and appeared on the show “Cuba: An Island Apart“. “Fashion weeks” and things of that nature were her opportunities to display her designer clothes and outfits.

While she might have been reasonably successful in the modeling world, the media and paparazzi only started paying attention to her after she started dating her future husband, Jordan. They met all the way back in 2008 while Michael Jordan was partying in a Miami nightclub. There was instant chemistry between them and they moved in together the next year. They were engaged in 2011 and got married on April 27th, 2013.

Yvette has been by Michael’s side and they have two daughters whose names are Victoria and Ysabel Jordan. Some of the other things Prieto has tried in the past include working at hospitals, her parent’s company, and real estate. However, accurate details have not been released as she looks to keep the majority of her life private and out of the eyes of the media. She is clearly an accomplished woman and we can see why MJ fancies her.