Why Did Kevin Durant Change His Jersey Number? 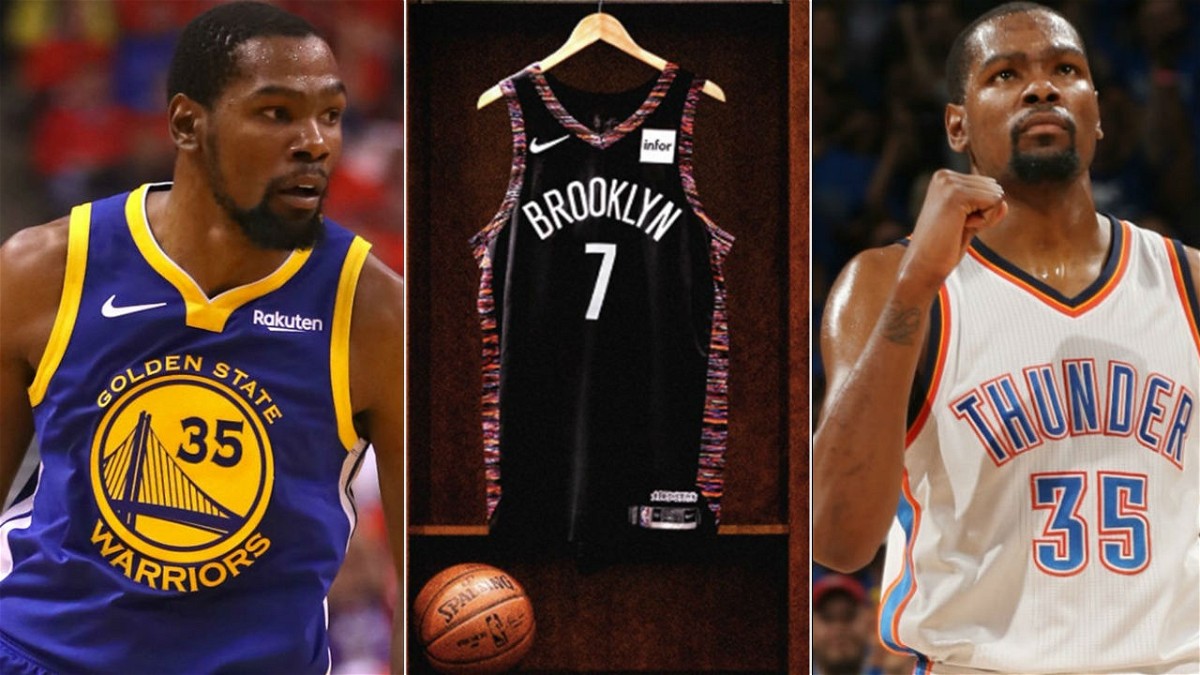 Kevin Durant is one of the best small forwards in the NBA right now. The Brooklyn Nets have been cruising through the playoffs on the backs of Kevin Durant and co. When KD made the change from the Golden State Warriors to the Brooklyn Nets, not only did the color of his jersey change but also the number he wore on the back.

Kevin Durant has been known for wearing the number 35 on his jersey ever since he began playing in AAU, but when the two-time Finals MVP made the change from GSW to Brooklyn he decided to wear the number 7. However, with him attempting to change teams again, we could also see him change numbers.

Why did Kevin Durant wear the number 35?

While Kevin Durant played in the Amateur Athletic Union in the Maryland area he suffered a loss. KD lost his AAU coach, Charles Craig to murder. The AAU coach was brutally murdered. The AAU is a platform where most future basketball players get to put their best foot forward under some of the best college coaches. 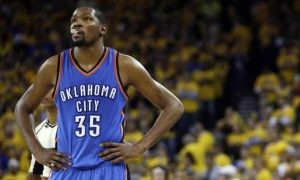 KD and Craig had a special bond. The murder made Kevin Durant decide that he would wear the number 35 to honor his AAU. KD went on to win back-to-back championships, an MVP award, and two final MVP awards as well. He wore the number 35 right from his rookie year till his final year with GSW.

Kevin Durant spent three memorable seasons with the Golden State Warriors. They won back-to-back championships and KD played an important role on their team. After KD decided that he would move to Brooklyn, GSW did something that touched KD.

The CEO of GSW, Joe Lacob said that the Warriors would retire Kevin’s jersey number 35.

Three years ago, we were thrilled with the arrival of Kevin Durant, a transformative NBA player and one of the best to ever play the game.

He provided our fans and franchise with numerous highlights during his stay here—two NBA championships, two NBA Finals MVPs, three trips to the Finals, unparalleled efficiency—and carried himself with class and dignity both on and off the court. As long as I am Co-Chairman of this team, no player will ever wear #35 for the Warriors again. 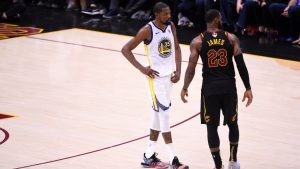 After noticing the change in KD’s jersey number, basketball fans all over the world wondered why. Kevin Durant took to the 35Ventures page to explain why he decided to hand up the number 35.

He explained that he had achieved enough with the number 35 and he has made his coach proud and it was time to retire the number.

The reason he chose number 7 is that it represents completion in the Bible and as fans around the world can see, KD is already making the number special as well with his amazing performances. The Brooklyn Nets were on pace to win the championship in 2021 with the gifted offensive firepower that the Nets roster had.

However, they lost that opportunity due to Kevin Durant’s toe. They could’ve sent the Milwaukee Bucks home and won their NBA title. However, that began the decline of the Nets.

Is KD switching up teams and numbers?

The 2021-22 NBA season had begun with strong aspirations for the Nets. However, due to injuries, bans, and drama, they imploded. James Harden led the Nets for the majority of the start. KD had sprained his MCL and Kyrie Irving was banned due to his refusal of the Covid-19 vaccine.

Harden was playing well but began to beef with the staff. It got so bad that Harden attempted to force his way out with a trade. He got that wish and the Nets were left with the 76ers. But Brooklyn got swept in the first round against the ECF champions, Boston Celtics,

All the drama boiled down to Kyrie asking to leave with Kevin Durant following. With KD on the trade block and no real offers on the table, questions began to pop up about will Kevin Durant rock the number ’35’ or ‘7’ with his next team? We are surely going to get this answer soon. If history has been any indicator, 35 is what suits the 2-time NBA champion the best. Something he should take into consideration as well.

Also Read: Kevin Durant and Rihanna: The 2017 Rivalry That No One Will Forget

What Went Wrong for Nate Diaz Against Leon Edwards