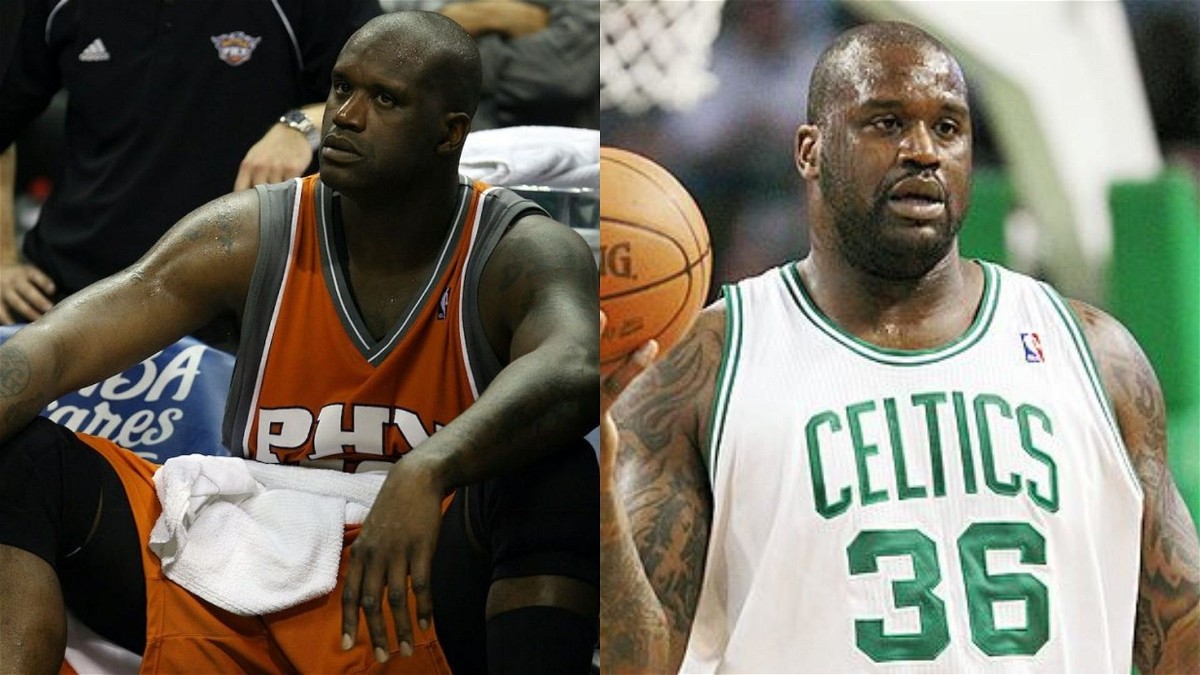 We see a lot of Shaquille O’Neal commentating and reacting to games in 2022. The players that he mocks or makes fun off may not like it but defer to him. It’s because of the amount of respect they have for one of the greatest NBA players of all time. He’s top 10 on the all-time scoring list and also a former MVP and multiple-time champion. Shaq was the face of a dynasty that destroyed the NBA for half a decade. Even after leaving Kobe and the Lakers, Shaq won another NBA title.

But no one remembers much about the end of Shaq’s career and understandably why.

When Shaq played for the Los Angeles Lakers, he was the best center and player in the league. It made sense with the pure dominance we saw from him on the court. However, his rivalry with Kobe not only drove him out of LA but also shaped the rest of his career.

Why did Shaquille O’Neal retire?

He joined Miami and won one more ring. All of it just to hold over Kobe. In his last season in Miami, Shaq’s averages dipped to career lows and he was no longer fitting Dwayne Wade‘s timeline.

He was shipped off to Phoenix where he did relapse and made the All-star and all NBA team. But Phoenix did not make the playoffs and did not want to pay for Shaq’s contract so he went to Cleveland to join LeBron James.

An All-NBA player joining a young LeBron James was already more help than he ever got in his first stint there. In February 2010, Shaq was injured by Glenn Davis and had to sit out for considerable time. He joined back in the playoffs only to look slow and rusty and lost to the Boston Celtics.

During that time, Kobe Bryant led the Lakers to 2 NBA championships and now had more than Shaq. To make matters worse, Kobe rubbed that in Shaq’s face. In his last season, Shaquille O’Neal wanted revenge so he joined the team that played Kobe in the finals, the mighty Boston Celtics in an attempt to push for title number 5.

He was given the role of primary center but Shaq was now old and injury-prone. He played just 37 games in the regular season and most of them were in limited minutes. Shaq had to miss the first round. And in the 2nd round, he needed cortisone shots to play. It was evident that after 19 seasons Shaq could not play anymore and was forced to retire. He never caught up to Kobe and that was the only reason the tail end of his career tarnished his legacy as GOAT.