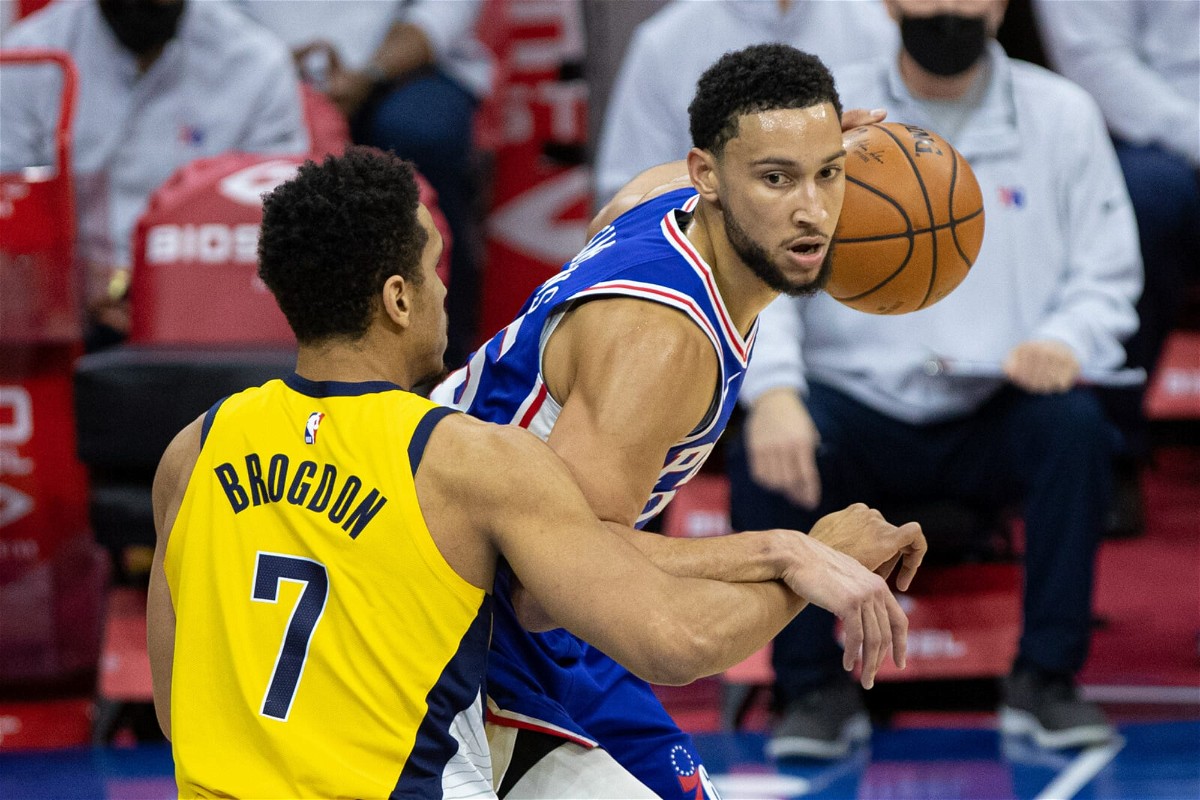 The NBA playoffs are still in full swing but teams outside the playoffs right now are looking at the off season. Teams that got knocked out early feel like they were just a couple pieces away and are attempting to get those pieces. One of the biggest players on the Trade Block is Ben Simmons of the Philadelphia 76ers.

Even though the 76ers got the first seed in the east last year, they failed to showcase their talent in the NBA Playoffs. Losing to the underdog Atlanta Hawks who are bad at defending is just embarrassing for the 76ers. Joel Embiid played like his MVP Self but was not supported by Ben Simmons. Ben used to be afraid of shooting 3’s. Then it became about shooting mid range jumpers. But in that series it became about not shooting at all.

The process of Ben Simmons and Joel Embiid has not worked and the way it’s going, it never will. So Philadelphia are picking the best of the 2 and trading the other. They are Finding a star that fits better around Joel Embiid.

Also Read: Why hasn’t “The Process” worked for Joel Embiid and the Philadelphia 76ers

What Did the Indiana Pacers Offer for Ben Simmons?

The offseason hasn’t come around yet but teams are already ringing up the Philadelphia front office to try and get Ben. Philadelphia want to compete so they would want to trade Ben for an all-star caliber player who will fit perfectly around Joel. They regret not offering Ben Simmons in the James Harden trade but I doubt they will risk making a mistake like that again.

The Indiana Pacers, who have always been a good team but not a great team contacted Philadelphia with the workings of a Ben Simmons trade. They were looking to shake up the team and they think this can be that trade. Pacers offered Malcom Brogdon and a first round pick for Ben Simmons.

The Sixers have already fielded offers for Ben Simmons but continue to hold a stance that they will only trade him for an all-star caliber player. They most recently turned down a deal with the Pacers that included Malcolm Brogdon and a 1st round pick.

Even though Malcom Brogdon is a near perfect fit for Joel Embiid, they turned it down. Malcolm Brogdon is one of the only players in NBA history to have a 50/40/90 season. Brogdon also averaged a career high 21 points which is higher than that of Ben. Brogdon is not as great of a defender as Ben is but Brogdon posses all of the offensive traits that Simmons lacks.

Will We See Malcolm Brogdon Play for the Philadelphia 76ers?

The 76ers have their eye on Damian Lillard. But if they cannot reach a deal with Portland they should renegotiate with Indiana. They could try and get even Myles Turner in the trade which will make the 76ers way better overall. For Indiana, the fit of Sabonis and Simmons makes no sense but maybe Indiana see the superstar potential in him. Trying to trade for him when his value is at an all-time low would be a good move for them.

Among the teams with major trade interest in #TrailBlazers superstar Damian Lillard if he requests a trade is the Philadelphia #76ers, source tells @HoopAnalysisNet. Philly is one of the most intriguing potential landing spots on the market.