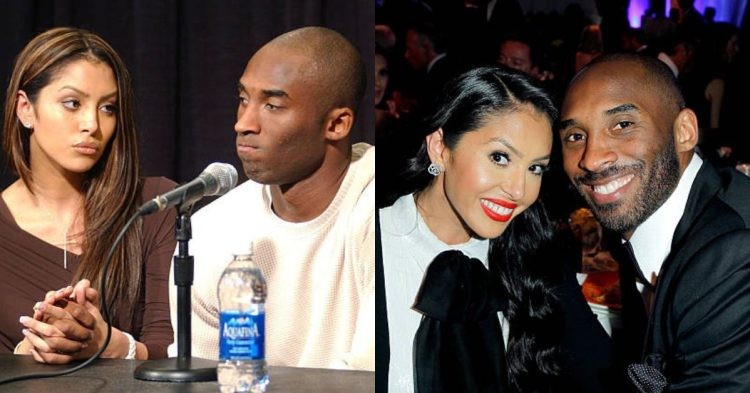 In 2003 Kobe Bryant was charged on sexual assault case and in 2011 he was filed a divorce by his wife Vanessa Bryant. (Credit- Getty Images)

NBA legend Kobe Bryant and his wife have suffered many highs and lows in their life. Following their marriage, and with Kobe’s parents against their marriage, they started to experience irreconcilable differences between them. Eventually, these differences led to Vanessa Bryant filing for divorce in 2011.

According to sources, the reason behind the divorce also included Kobe Bryant’s multiple alleged infidelities. Over the years of their marriage, she had caught Kobe with multiple women but his latest affair was the reason which led to the divorce. According to TMZ, Vanessa got to know about Kobe’s exploits from the wives of Kobe’s teammates.

Before this Kobe Bryant was involved in a sexual assault case which some of us might have forgotten. On 30 June 2003 he was charged with sexually assaulting a 19-year-old woman at the resort hotel. According to reports, it was a Class 3 felony that is equivalent to a rape case. Eventually, there was no proof or evidence found against him following which the case was dismissed.

Although he had a chance to learn a valuable lesson eight years ago, he continued to be in a relationship with other women.

However, following the divorce filed by Vanessa, 3 years later, the two gave a joint statement where they called off the divorce. Eventually, they started with a fresh start with their daughters Natalia and Gianna.

Did Vanessa Bryant get a divorce from Kobe Bryant in 2011?

At the time of their divorce discussions, Vanessa was represented by divorce attorney Laura Wasser and attorney Samantha Klein. At the time of the divorce, Kobe’s net worth was around $150 million for which Vanessa was expected to receive $75 million in addition to ongoing spousal and child support.

Along with this, she was to receive the 3 estates including one in which they were currently living. The other two included one of her mother’s and the other which was newly constructed.

During this time, Vanessa’s side of the family was seen in their quarrels on the matter giving an insight into the past life. Her ex-father commented on her divorce claims. “Kobe Bryant should have known his soon-to-be-ex-wife would take him to the cleaners in their divorce because she learned the wallet-raiding playbook from her mother.”  – he said, according to TMZ.

Following this Stephen Laine, who married Vanessa’s mother in 1990 replied to the comment made. “Her mother taught her well to wait for the ten-year mark (before divorcing).” – he said.

Thus, Kobe’s side of the family including Vanessa’s mother did not speak anything on the matter. However, Kobe was seen making attempts to resolve the issue with his wife quite a few times.

During an appearance on Showtime Basketball’s All the Smoke, Kobe Bryant talked about his married life.

In the video, Kobe talked about the highs and lows being an essential element of a lasting marriage. “That’s all the beauty of it: having the persistence and determination to work through things — very, very tough things — and we’ve been able to do that,” he said.

Despite the hurdles in his married life and having 4 daughters, the late Kobe Bryant remains to be a respected person today.