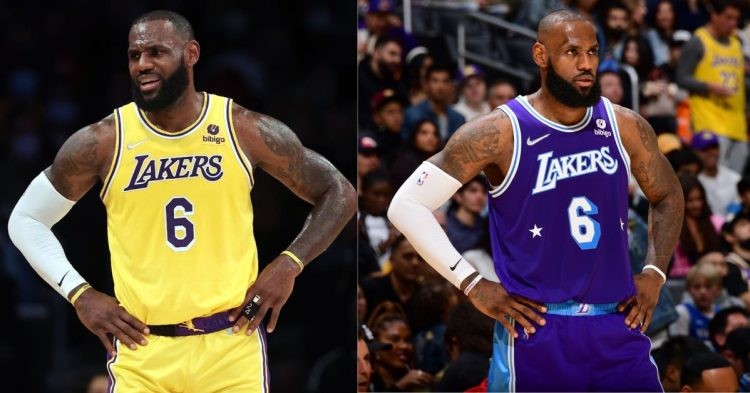 LeBron James is one of the most influential athletes in history. There haven’t been many to have the same impact he has had over the years, even in all sports. The things he has achieved on and off the court have helped him reach the top as the GOAT of basketball.

The NBA legend has won 4 NBA Championships, the most for any active player. Stephen Curry tied with him for titles won this year. Adding on to that, LeBron has won four MVPs and three All-Star MVPs. He has also achieved the most for his country with two Olympic gold medals.

We scoured the internet over the last days to figure out which NBA player is the most hated.

Despite all this, many argue hate the Lakers star. His haters argue that he is arrogant, self-centered, and many more adjectives that LeBron fans would hate to hear. We have even heard people say that his plays on the court are overwritten by what he says off it. A poll has even said that he is the most hated NBA player on Twitter.

Reasons why NBA fans hate one of the GOATs; LeBron James

When LeBron James joined the league, he came with a nickname. He addressed himself as King James. We can agree that he has ruled over the league since his debut. But when you see a rookie with that much ego, there is bound to be hate to some extent.

Every fan would wonder what the player has achieved to think so much of himself. However, we can agree when I say LeBron has lived up to the name since day one.

Moreover, the 37-year-old views on certain issues in the world have caused the hate for him to increase. We know LeBron isn’t afraid to share his unique opinion on something. However, when it is something that people can easily disagree with, people tend to display their hate for him.

The most recent example of this would be when LeBron said “How can she feel like America has her back. I would be feeling like do I even want to go back to America.” He commented on the detainment of WNBA star Brittney Griner. Later, he had to issue a clarification on his words after he faced backlash from fans online.

LeBron James thinks America is so bad Brittney Griner might prefer to just stay in a Russian prison for a decade.

People on ESPN act like this clown is a genius. In reality, LeBron is incredibly stupid. https://t.co/ShPS4Pym86

The upcoming reason might be a little bizarre. NBA fans also hate LeBron because he’s the only one closing down on the legacy of Michael Jordan. That’s if you think he hasn’t done that already. Jordan was a lot more likable to fans because he kept his focus on his game. James also speaks out off the court and that has led to a lot of hate shown for him.

Does LeBron deserve the hate he gets?

LeBron is a player who has worked hard to get to the top. The fans showing the hate are people who haven’t had half the struggle. It is easy for fans to say LeBron could have done better in something, but he is a player that is doing more than what he is capable of.

His work ethic, how he inspires young players, and his charity work are all examples of the good things why he deserves huge praise. Although he does things that can be seen as wrong, we can argue that he definitely does not deserve as much hate as he receives. More importantly, the magic he displays on the court will be something we will all miss after he retires.