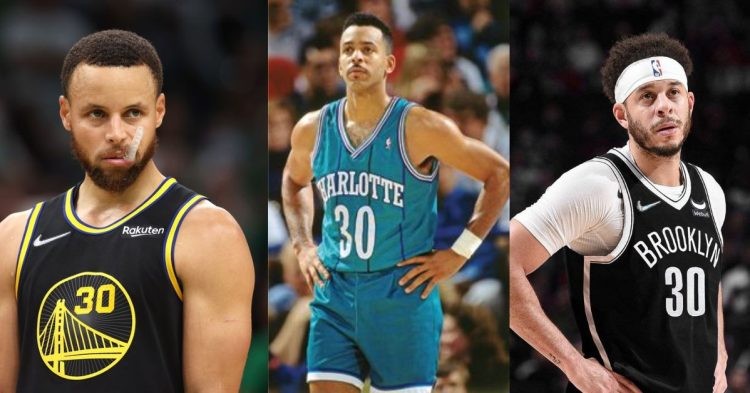 An NBA player’s jersey number is of personal importance and significance to the individual. There could be several reasons why they wear a number. A player could also choose to change it at some point in their career. Stephen Curry has been wearing #30 ever since he joined the league. His fans are bound to be curious as to why he chose this number.

Steph has always been interested in #30 and wanted to wear it in college as well. However, back in high school, he wore number #20. He immediately changed it when he entered the NBA. This shows that there has always been a special connection between Curry and the number 30. Even before he was drafted by the Golden State Warriors.

Why did Steph Curry wear jersey #20 during high school?

Curry was yet to enter the radar of NBA scouts during his time in high school. He attended the Charlotte Christian School. There, he averaged 26 points, 4 rebounds, and 11 assists. This was all done by him wearing #20.

One must wonder why Curry wore a different number in high school. The answer is quite simple and straightforward. He was unable to find a jersey with the #30 that could come close to fitting him. Being scrawny and undersized at the time, there was no way he could fit into the XL jersey. As a result, his only option was to wear #20 as it was the only jersey that would fit him.

It is interesting to know that some players have parents, who have played in the league. A few notable examples are Kevin Love and his father Stan Love. Klay Thompson and his dad Mychal Thompson. Larry Nance Jr and his father Nance Sr. However, the most famous father-son combo to play in the league would have to be Dell Curry and his two sons Steph and Seth.

The world may have known Dell simply as a player. However, he is a father, guide, and role model for the Curry brothers. They have always been grateful for their dad’s presence in their lives. He is perhaps the real reason Steph’s game is what it is today.

Dell was a three-point specialist in the 1980s and 90s. This was even before the three-pointer was considered a valid or go-to form of offense. In his prime, he was shooting about 5 three-pointers a game and was averaging 42% efficiency on them. These numbers are on par with, if not better than players shooting three-pointers in this era.

Dell seems to have passed on his skills to his sons. He wore #30 during his tenure with the Charlotte Hornets. It is out of respect for their dad that both Steph and Seth wear #30. Seth has also worn #31 at times.