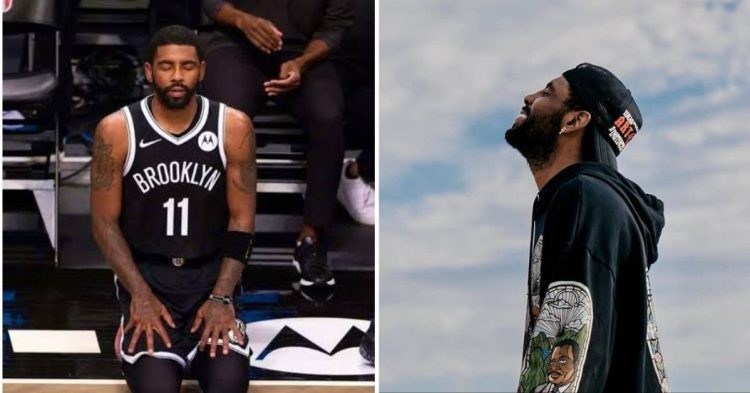 Kyrie Irving after his conversion to Islam. (Credit- Getty Images/Instagram)

Kyrie Irving of the Brooklyn Nets has been in news for quite some time related to many controversies. Because of his religious conversion, he didn’t celebrate either Christmas or Thanksgiving.

After converting to Islam in 2021, he also didn’t celebrate Christmas. It was not a festival for him to celebrate. He wanted to religiously follow the cultures and traditions of Islam.

Kyrie recently converted to Islam and is taking part in Ramadan this month where Muslims fast every day. People are bashing him for taking games off without understanding why. pic.twitter.com/yqLPbyqCqp

The NBA player has been quite secretive about his personal life.

Kyrie Irving’s conversion to Islam has not seemed to create any havoc in the media yet. When associated with anti-Semitic controversy, no questions were raised about his decision to convert to Islam.

No posts have been posted on any Islamic content by Irving. He seems to be quite secretive about his religion.

During a post-game conference, Irving mentioned his life after conversion to Islam.

“All praise is due to God, Allah, for this … for me, in terms of my faith and what I believe in, being part of the Muslim community, being committed to Islam”.

Kyrie talked about fasting for Ramadan after the Nets’ win over the Celtics.

“Just really blessed and grateful to be taking part in this.” pic.twitter.com/CKKppFmx6f

Kyrie Irving isn’t the only Muslim player in NBA. Omer Yurtseven of the Miami Heat, Gorgui Dieng of the Atlanta Hawks, Enes Kanter and Jusuf Nurkic of the Portland Trail Blazers, Tacko Fall and Jaylen Brown of the Boston Celtics, and Hamidou Diallo of the Detroit Pistons are also Muslim players. Often players have been seen opening fasts during Ramadan.

After Irving’s conversion, Jamad Fiin, a Muslim Hijabi Hooper for women’s basketball at Emmanuel College wrote on the matter. She mentioned how Irving’s decision has created a positive impact on the Muslims of the Black community. She also narrated her hardships of being a women trainer and how Irving inspired her.

To date, the NBA player has been following the religion quite seriously. News also came of him fasting during Ramadan after his conversion in 2021.