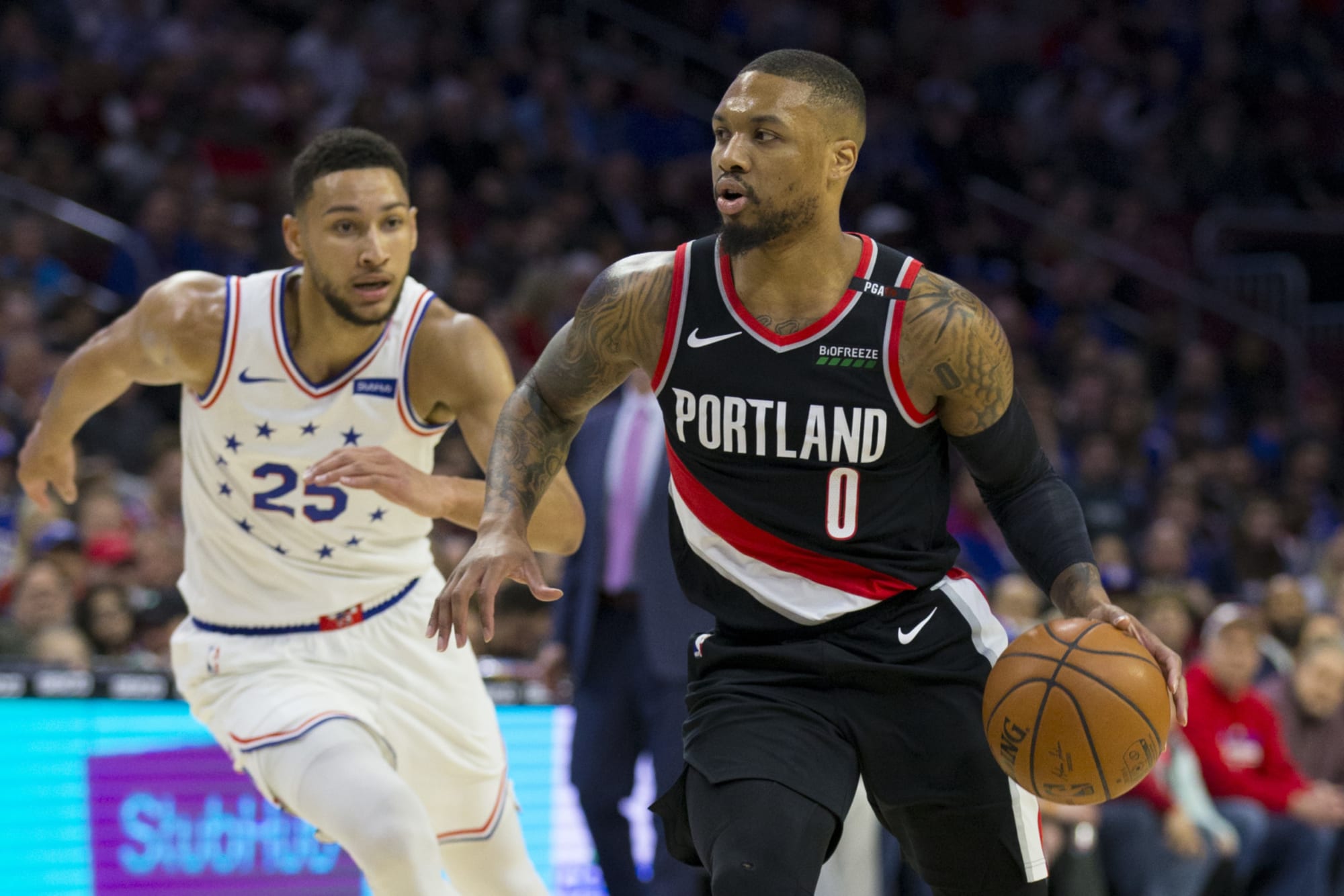 The Portland Trail Blazers are having a very interesting season thus far. Damian Lillard is back in form with some “Dame Time Plays”. Still, they are 10th in the west and have a miserable away record of 1-10 this season. One important aspect that the team-mainly Lillard-is looking to improve would be their defense. This once again surfaces Ben Simmons to Trail Blazers trade rumors.

Ben Simmons – the 1st pick in the 2016 draft is out of action since their playoff exit. After unsuccessful attempts to make things work between Simmons and the 76ers, it is clear that Ben will not be a Philly player any time soon. Philadelphia also tried to trade him this offseason but no team could fulfill  their demands for the prized assets. This current trade rumor might just be the solution for both the teams involved.

The Trade is on the cards

Portland had a very quiet offseason in terms of trades. But current form and standing is an alarming sign for the team and they have already started to make some changes in the franchise. Firstly they have fired GM Neil Olshey, who was considered as a stumbling block for the Simmons trade in the offseason.

With GM out of the picture and Lillard’s admiration to play with Simmons has fueled the “Ben-to-Portland trade” rumors. Portland is struggling defensively this season allowing around 112 points per game, 3 more than their average.

Damian Lillard would like to play with Ben Simmons in Portland, per @ShamsCharania and @sam_amick

Portland has the worst record of containing opponents’ 3s this season. Opponents are shooting nearly 38% from 3 point line against the Trail Blazers.

3-time all-star Simmons has improved his defense a lot, specifically the perimeter defense. Also, his interceptions in opponents’ passes are drawing more turnover from them. This put him in the NBA all-defensive first team in the last 2 seasons. Simmons could add steel to Trail Blazers’ Defense.

In previous attempts, Philly was looking for a franchise player and several drafts picks for Ben Simmons. Well, no team would be looking to add a new player and move a franchise player at the same time. In the case of the Portland Trail Blazers, Lillard is considered untouchable, but second top player – CJ McCollum could be a possible direct exchange for Ben Simmons.

The Philadelphia 76ers have adjusted to life without Simmons and are doing considerably well. Any addition of a quality scorer or ball handler would be beneficial for them. Though both players have nearly similar contracts, Portland might add a young player like Anfernee Simons to balance the trade.

Offensively McCollum and Simmons have similar stats – but would be a quick upgrade in defense for the trailblazers. Simmons is capable of playing at guard and forward position which will give a different dynamic to the team. Pairing him with Nasir Little and Nurkic will give defensive stability to the team.

As basketball fans, we just want quality players on the court. So if we could see Simmons playing again due to this trade, we pray it to happen early.